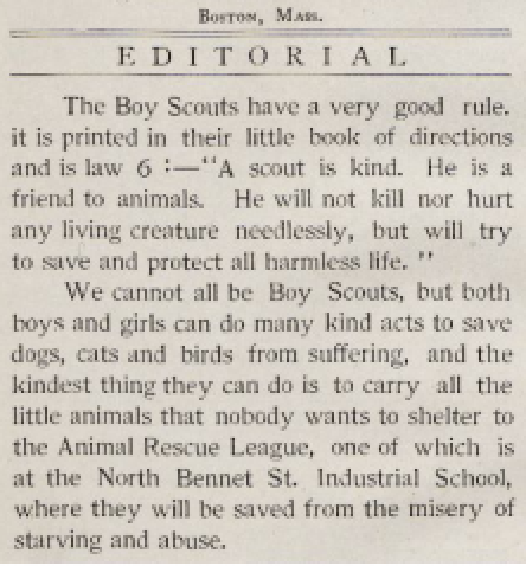 On February 16, the Animal Rescue League of Boston blog included a story about the connection between the league’s founder Anna Harris Smith and North Bennet Street School. Preservation carpentry students have restored the Anna Harris Smith house in Dorchester in the past two years but the relationship started in 1914 when the league used NBSS as a temporary holding facility for animals.