Bindings That Please the Senses and the Mind

Bookbinding alumnus and Continuing Education instructor Samuel Feinstein BB ’12 was recently featured in a two-part interview with Dmitri Koutsipetsidis, on his site Dmitri’s Bookbinding Corner. Below is an excerpt of Part 1, where Samuel explains how he got into bookbinding and his journey to NBSS.

“Samuel Feinstein is a private practice bookbinder specializing in fine bindings, gold finishing, rounded spine clamshell boxes, and new bindings in period style. He trained at North Bennet Street School in Boston under Jeff Altepeter BB ’99 and Martha Kearsley BB ’95, graduating in 2012. He lives and works in Chicago, and you can see some of his work here.

Samuel’s portfolio boasts an impressive array of design and period bindings – diversity is key word. With a style balancing gracefully between modern and classic I doubt anyone will not find a binding from Samuel’s work that speaks to them.

What most appeals to me is the work itself. It keeps my hands and mind focused and draws me in, day after day. It takes me through the history and imaginations of what I work on, and allows me to express myself through my hands.

“As a binder, my intention is to create bindings that are pleasing to the senses and the mind, and it is the challenge of it that inspired me. As an instructor, I do what I can to further the practice of hand-tooling, especially using gold leaf, which is applied to both historical and contemporary works.”

Dmitri: Every artisan has an origin story, some more unique and unexpected than others. Yours is such a story – one I believe many people would also consider quite motivational. Would you kindly share with us a few words about it? Also, why was bookbinding your choice?

It’s a long story, so I’ll try to keep it short. At the time of this writing it has been nearly ten years since I was involved in an accident while riding my bike on the way to class. I was studying Classics (ancient Greek and Latin) and English literature. I was bruised here and there, my right wrist was broken from the impact of the van, and I suffered a brain injury from hitting the pavement. The head injury keeps me in constant pain to this day… For a little while I attempted to keep up with the work in my classes and some passions on the side, but ultimately the kind of cognition that I was trying to retain ended up just causing more pain. 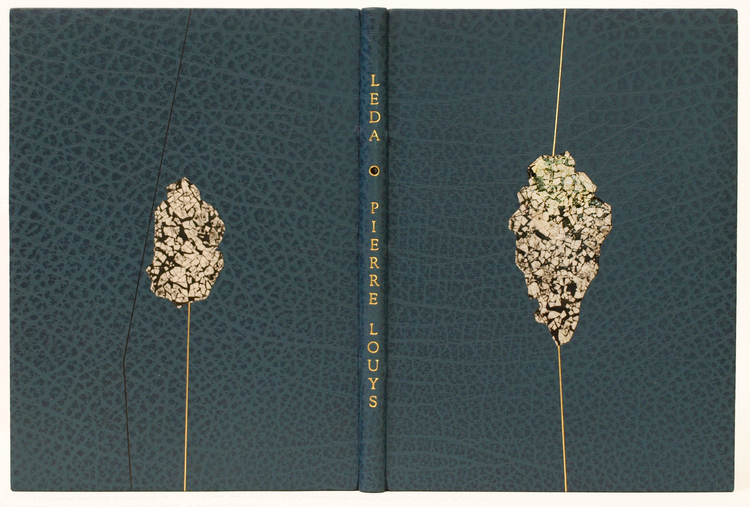 I’ve always been the kind of person who needs to be productive, and not being able to do what I was used to led me to a very low point. I had enjoyed visual arts since I was a kid, had done creative writing in my later teens, and was always interested in books as a vessel for information. Books and art were an integral influence on the kind of mind I developed, so I was searching for what I could possibly do with my life and interests. I stumbled across the NBSS website, saw that they had a program in bookbinding, and everything just clicked. I could still work with books, but using my hands instead of my head. Nothing else I came across spoke to me, and bookbinding became the one thing that I could really focus on, often times literally.

I began teaching myself, and unsurprisingly, the results were rough at best. The first time I applied to NBSS I was not accepted, so the next year was spent, in my good hours, making successively improving bindings, and researching the history of bookbinding through the collection at the Newberry Library in Chicago. The following year I was accepted and by then I knew that fine bindings were something that I would focus on in my free time at school.

Dmitri: People, both from Greece (where I live) and abroad, ask me from time to time how to begin bookbinding, if there is a place where they can learn the craft. Being able to attend courses at an established institution offering structured programs and thoroughly equipped workshops, under the guidance of experienced craftsmen, is significant: it allows one to explore and develop his/her skills and build a strong foundation upon which to further progress.

Although there isn’t a bookbinding academy here anymore, the one that existed has been closed for many years, teaching institutions devoted entirely or partially to bookbinding can be found in many countries around the world. North Bennet Street School, where you attended a two-year program, is one such institution.

What can you tell us about NBSS? What are your memories from training at a well known center for handcrafts and what would you consider the most important stepping stone it provided?

A traditional trade apprenticeship is seven years. The NBSS program is two years. Granted, the first year or so of an apprenticeship could consist of sweeping up after everyone else, but my point is that you do not have enough time to learn everything that interests you, and you also need to focus on what you believe to be the best path to employment after you graduate, bearing in mind that certain kinds of work will likely be unsalable because you haven’t had the time to achieve continuity of skill. However, unless you are able to secure an apprenticeship, it’s likely that programs like North Bennet Street School are as straightforward as it gets with foundational bookbinding education.

I had enjoyed visual arts since I was a kid, had done creative writing in my later teens, and was always interested in books as a vessel for information.

As far as I know, the US does not have any bookbinding programs like NBSS. There are book arts programs that cover many aspect of bookmaking; there are book arts centers, schools, and institutions where workshops bookbinding are offered, as well as private lessons with established binders, but none of these are multiple year programs, bench-oriented, and focused on craft the way NBSS is. You start off learning paper grain and folding sections, and you end up having made a great number of structures, variations on those structures, many kinds of repair and conservation techniques and treatments, fine bindings, historical structures, and develop a broad range of traditional bookbinding skills which can be applied in whichever way you decide to utilize your hand skills.

Graduates from the school have found work in conservation labs as technicians and conservators, in private practice doing repair and conservation work, fine bookbinding, edition work, make artist books, and some teach in addition to doing these. I attended the program from 2010 to 2012. Some of my most nostalgic memories are the moments where the room, noises, and people all drift away and I’m left there with the only things in existence: me, my tool, and the book that I’m tooling. It was a rather often occurrence. 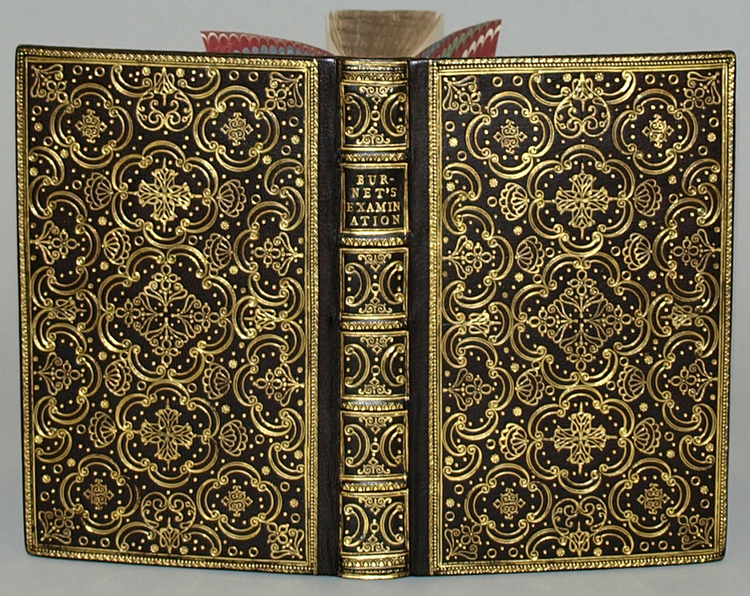 As a stepping stone, here in the US, NBSS has a reputation for training highly skilled bookbinders, and I used that as much as I possibly could, networking within the bookbinding field, getting to know as many people as I could. I spent a fair amount of time in the school’s library poring through exhibition catalogs, articles, and so on so that when I was introduced to someone new, there was a fairly good chance that I had heard of them before.

I would go to as many events as possible, doing as much as I could to become familiar with people who might eventually become clients. As well, NBSS offers a small business class for students in the final year of their program. This was extremely beneficial for me, since I began my private practice after graduating, and it’s very important to have a good idea of the business side of things when you want to make bookbinding your career.”

Read the rest of the story on Dmitri’s blog here.