Bringing the Employers to Us 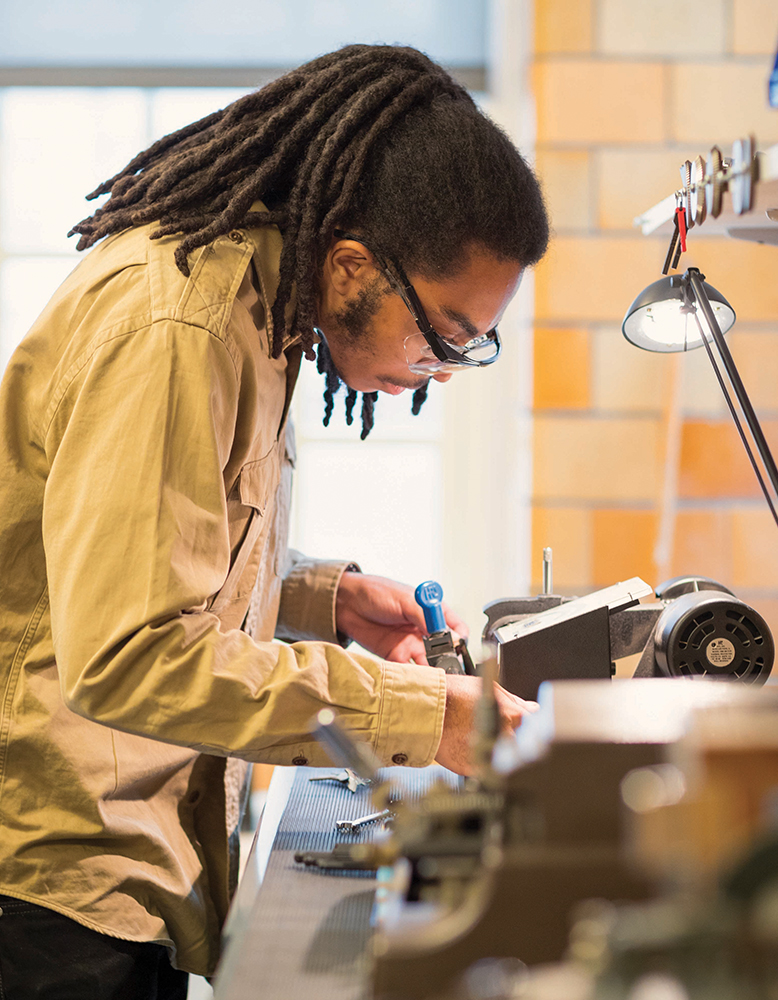 Sometimes the best way to help students find employment is to bring the employers directly to them, which is what the Locksmithing & Security Technology program (LK) did last year in an unusual type of job fair.

Lock shops and other prospective employers in the industry came into the program space to see first-hand what students were learning. Several company representatives were given a brief overview of the program and a tour of the space by LK Department Head Barbara Baker LK ’04, followed by an opportunity to mingle with the students.

“It was really terrific. Students could ask about lock shops and service vans, and a distributor’s representative explained that portion of the industry to them. Students asked all kinds of great questions,” says Barbara, adding that several students were invited to submit their resumes to prospective employers.

Job opportunities in the security technology industry are expanding as the technology itself continues to evolve. The job fair was ideal for students to network and learn about the current state of the industry they expect to join. 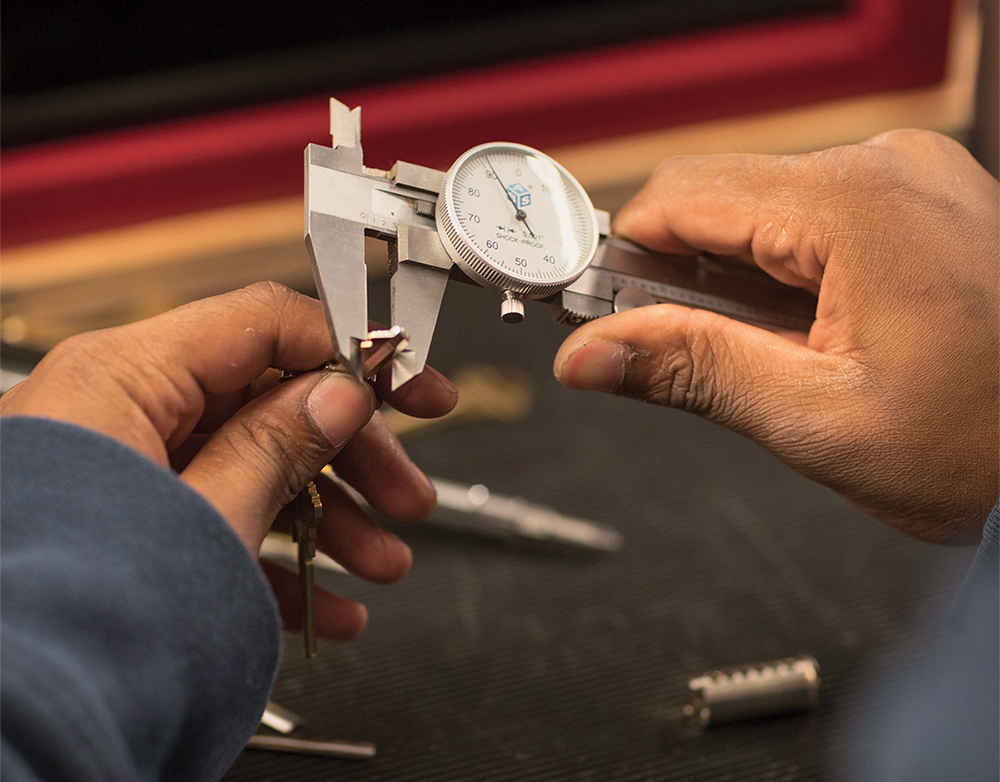 “We’re moving beyond an old-time locksmith who could hand-file a key and repair something by making a part for it. Now we’re working with robust, very high-end equipment that integrates electricity and software control,” explains Barbara. “Some locksets for houses can now ‘talk’ to the owner’s smartphone so the home industry is expanding incredibly.”

In the commercial sector, locksmiths may do the mechanical installation while others handle the electrical component of the work, so there’s more integration between locksmiths and electrical companies—or locksmiths may simply get additional training to do it all themselves. “It’s just exploding,” according to Barbara.

You never know where jobs might pop up. For example, combination safes are actively used in banks and elsewhere. LK students learn how to maintain those locks just as they do other types of security technologies. The home market also increased after the 2008 financial crisis. “Sales of safes for homes went through the roof because people started hanging onto their money,” Barbara notes.

It’s a continuing education for students and also for Barbara, who graduated from the LK program in 2004 and immediately went to work for Michael Samra LK ’87, owner and president of Action Lock & Key, Inc., in Burlington, Massachusetts.

“You’ll never, ever have learned everything,” says Barbara.

An Insider’s Look at the Locksmithing Program