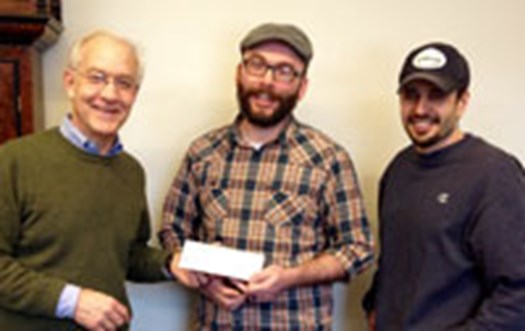 Christopher Littlefield CF ’15 was awarded the $1,000 Oneida Air Systems award. The award is given annually to a graduating Cabinet & Furniture Making student who has demonstrated the ability and skills to make a career as a furniture maker.

Chris has been always been passionate about working with wood. As a child he started with a little hand-tool kit made for kids and worked his way up to power tools as he got older. After high school he tried a few different career paths and, after being laid off for the second time in two years, he decided to follow his passion and enrolled at NBSS.

Chris plans to use the Oneida Air Systems Future Craftsmen Award to purchase much-needed tools and a new workbench and has already begun working on commission.

The “Why” of Furniture Making