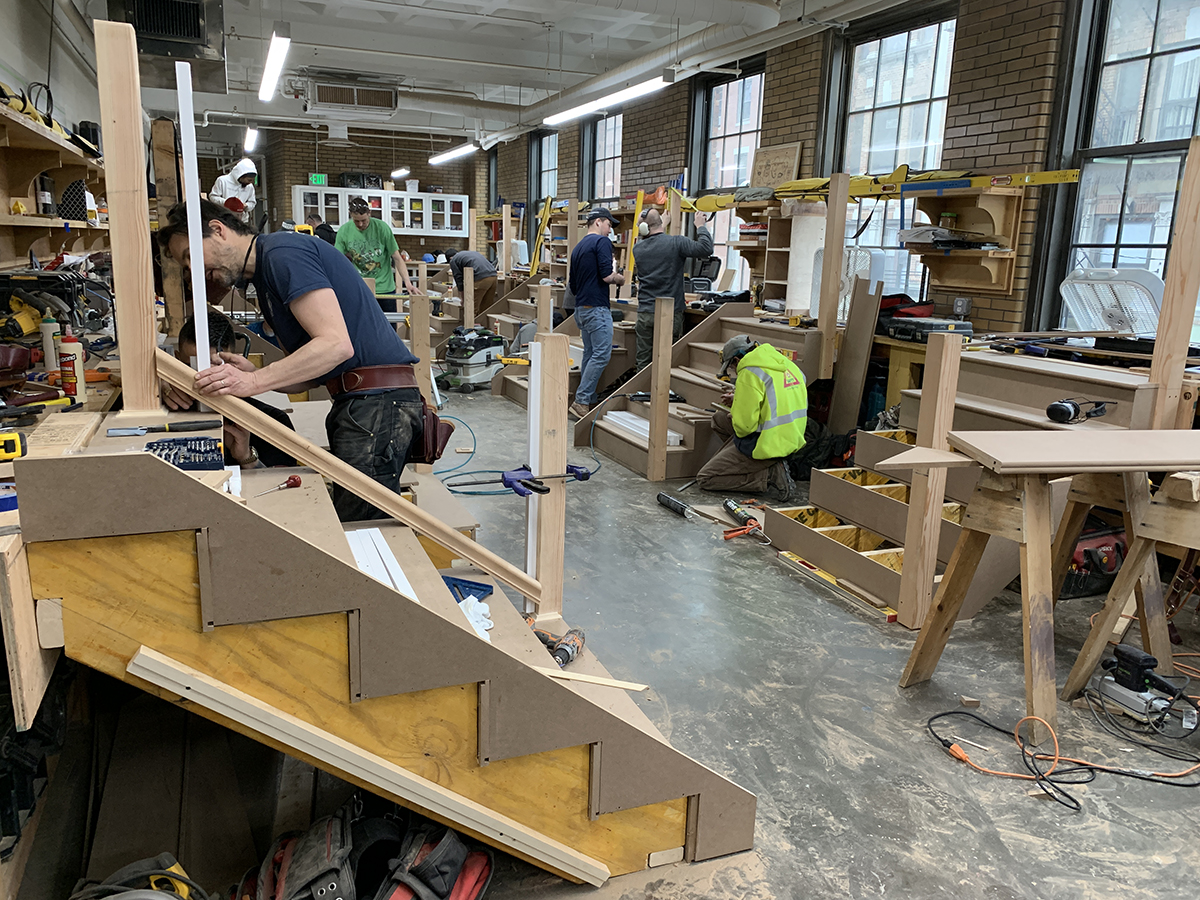 Ever since I was young I have always been drawn to working with my hands. I enrolled in the nine-month Carpentry program at NBSS this past fall and have now graduated with an education and skills that I can take with me anywhere. I see carpentry as a path that will grant me the ability to combine my passion for creative work, as well as a practical and humble way to contribute to society.

The Carpentry program at NBSS is designed to take individuals from all walks of life and prepare them for a fulfilling and fruitful career in construction. The course also caters to all levels of experience, from complete novices to those who already have a background in the trades, whether in carpentry or other related fields.

As the curriculum progresses from September to May, projects become increasingly more challenging, encouraging students to call upon everything they have learned so far, applying their skills to a variety of scenarios. This is the School’s Sloyd method at work: incremental skill-building to give students the ability to tackle increasingly complex projects. 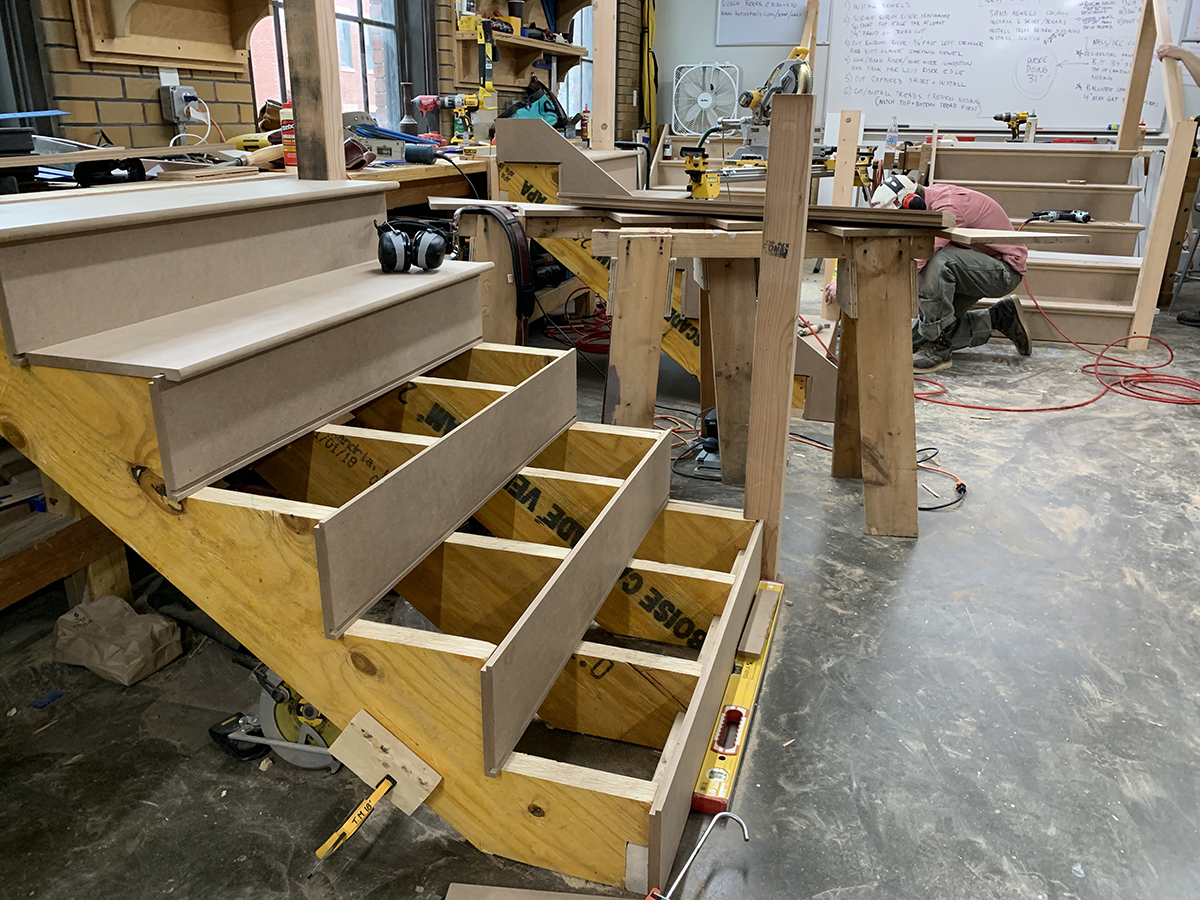 Perhaps one of the more misunderstood aspects of trades, particularly in carpentry, is the precision it takes to realize accurate and functional results. This is highlighted when taking on projects like stair building, which may seem deceptively easy to the untrained eye but is in fact somewhat complex. The skill was an early challenge for many of us in the Carpentry program.

At first glance, there are the obvious elements that make a staircase: the pieces that create the height (risers), the place where you step (treads), and the skeletal structure that keeps them up (stringers). Yet, to achieve a functional set of stairs will take you back to the early days of math class—a place for me that had long since been buried, and one I had hoped that I would never have to face again.

The math needed to achieve a perfectly walkable flight of stairs (one that you won’t break your ankle on) has been tweaked over the years, resulting in set numerical results that help carpenters today. It has been determined that tread width times riser height should equal somewhere between 72 to 75 inches, and that on a main stair, the maximum rise should be no more than 8 1/4 inches and the minimum run should be no less than 9 inches.

My class of 27 students was divided into nine groups of three, with each team constructing a short run of stairs. We were provided a comprehensive overview of the mathematical formulas needed to calculate the rise and run of our stairs by our instructors, Brian Vogt PC ’94 and Geoffrey Shaw PC ’94. The program teaches the step-off method with our framing square in order to lay out our stringers. While some took to the layout like a fish to water, many of us were struggling to orient our framing squares and apply the right lines based on the math provided. There was definitely some stair-induced dyslexia, especially when it came to finding the correct orientation of the stringers. After some head-scratching, we all came to understand the geometry.

Stair building also asked that our teams spend a fair amount of time with circular saws, making freehand cuts that we soon found require practice. While the teaching environment was a forgiving one, my team ended up cutting six stringers instead of three as we underestimated the power an imprecise cut would have on the final outcome.

As with any skill, stair building took some time to comprehend and get right. But after a somewhat shaky start, all nine teams completed their short runs to the satisfaction of Brian and Geoff—two tough, but fair critics.

This early project was an eye-opener, and we all had a much better idea of what it takes to be a master carpenter. The skills we learned in building stairs came in handy later, as we found we utilized them throughout the year to address more challenging projects. (Such as a later assignment for our class: roof framing, which I never would have thought I could take on.)

I can’t wait to apply what I learned at NBSS to tough projects out in the real world—my next big assignment after graduating this May.

Amanda Gray is a 2019 graduate of the Carpentry program. She is currently putting the skills she learned to use on various local carpentry projects.