Completely Open to Whatever Was Coming My Way 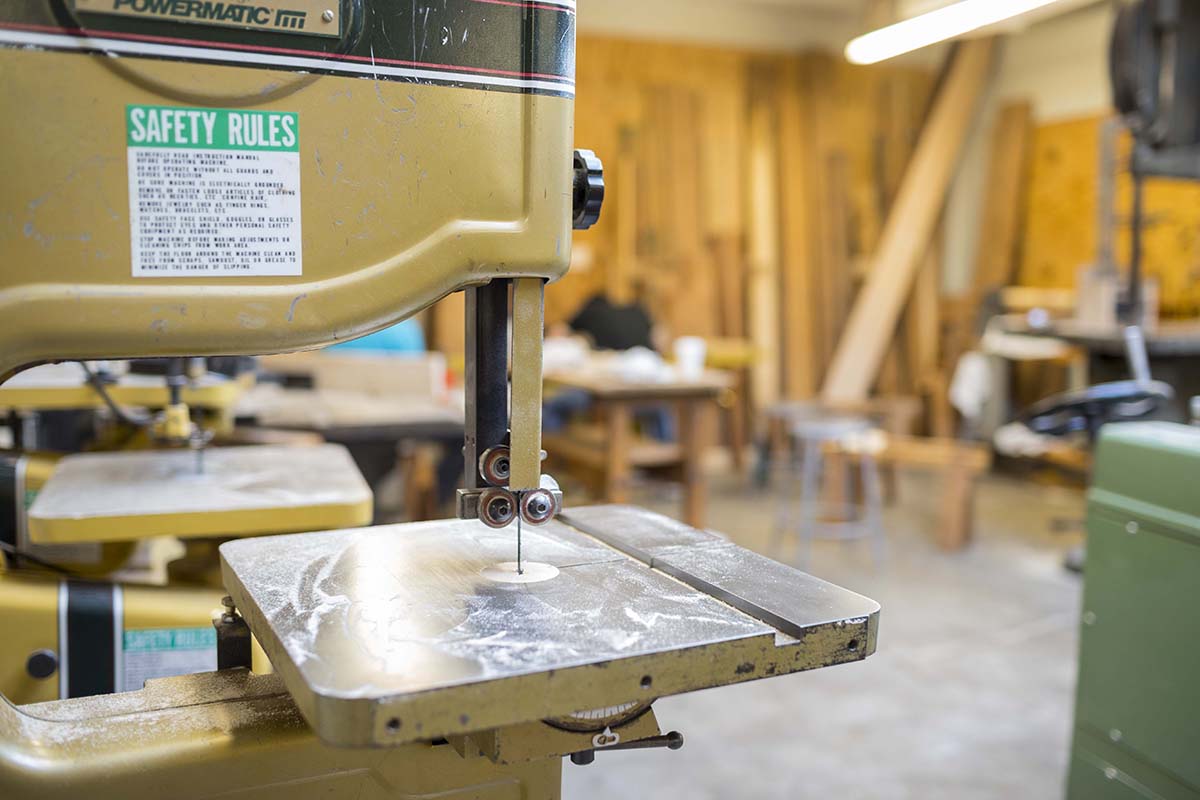 “I miss the smell.” says John Mulligan, Cabinet & Furniture Making graduate from 2002, “The School’s shop always smelled like this amazing blend of hardwood. It was a really unusual smell and very comforting. I wish I could bottle that up and spray it around my own shop.”

Before John wafted the signature scents of the NBSS bench and machine rooms, he attempted a career at making, with only moderate success, “Prior going to school, I was working for a fabrication company. Mostly industrial woodwork and metalworking. When I was there, I really liked the work but I didn’t like the institutional grind and the incredibly repetitious parts of the job.”

John heard about NBSS from his roommate’s dad. He applied to the School, completed the two year Cabinet & Furniture Making program, and before he even graduated, landed a job in woodworking doing custom building and renovations in historic homes.

Though an all new venture for him, John was confident in the skills learned at NBSS. “I wasn’t really sure how to do that first job,” he says. “But I thought, ‘You know what? I went to North Bennet Street School, I can figure it out.'”

“I wasn’t really sure how to do that first job,” he says. “But I thought, ‘You know what? I went to North Bennet Street School, I can figure it out.'”

It wasn’t just the smells at NBSS that lingered in Mulligan’s life, it was the relationships he made throughout his coursework. Certain key principles that facilitated his career progression in the world of professional making, He remembers a specifically challenging project early in his historic renovations job where he didn’t quite know how to “terminate a newel on a set of stairs.” He leaned into one of the other NBSS alumni for a bit of advice, “Literally practicing NBSS ‘Phone a Friend,'” says Mulligan with a laugh.

It was through this first job in renovation that John found other opportunities to work outside the pattern of his early woodworking career. Homeowners and their guests would see his expert work on stairs or a mantle, then request custom furniture pieces. 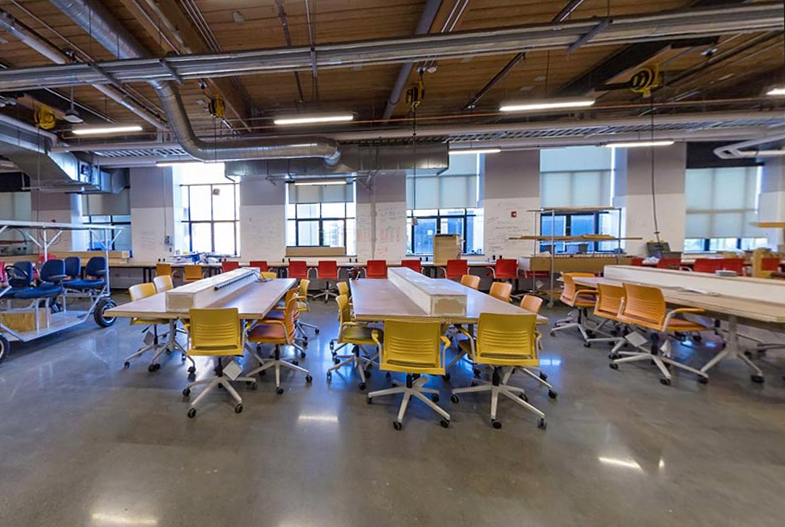 Today, John does a lot less making and working in this way. He describes himself more as an “enabler of other people’s making,” running a somewhat unlikely enterprise for a person trained in traditional trades: the tech-rich Lawrence Lin Makerspace at UMASS Lowell. The 8,500-square-foot, open-concept work space offers 3-D printers, laser cutters, whiteboards and other tools to guide projects from concept to reality—more start-up than woodshop really.

John believes his time at NBSS influences the work he does today. “All of the curriculum, training, and work I do around manual learning comes straight from NBSS. Even when I’m teaching things outside of woodworking, the core foundation of how I teach each skill is rooted in how I was taught by North Bennet Street School.”

Specifically, it’s the idea of doing a manual or creative task three times that he uses to teach all kinds of students; from displaced adult workers learning a new skill to university engineering students. Called “Sloyd,” it’s the foundation of learning at NBSS, imported over 135 years ago by NBSS founder Pauline Agassiz Shaw.

“They have to do something three times before they start connecting with that action.” says John. “It takes that third actual kinesthetic event to make that connection between your head and your hands. That ‘three times’ idea is something I learned from a now-retired instructor, Alex Krutsky [CF ’80], at NBSS almost 20 years ago.”

John insists that he appreciates the education he got at NBSS more than any other education he’s earned—an impressive notion considering he has an undergraduate degree, graduate degree, and a handful of other envy-inspiring certifications. “It was such a unique training and it really was amazingly applicable. If you’re going to do any kind of work that requires making, its an incredible way to get those basics down.”

John’s advice for NBSS students and new grads? “Just keep saying yes. I said yes to a job I didn’t necessarily want, and then I said yes to getting [certifications] I didn’t actually need, but I was completely open to whatever was coming my way.”

“When you find your career, it tends to be an amalgamation of things as opposed to this finely focused event. Most of the successful people I know, especially makers, have been been very open-minded about what they do,” John shares. “That’s what ended up leading to my own success.”