Alex was immediately drawn to the amount of detail and spirited personality of this country piece, saying, “it is exciting just to walk past it.” He explored the idea of the secretary’s interior compartments, and designed his object so that it could sit upon the secretary, allowing the two to be in a physical dialogue.

In a nod to the original secretary, Alex gave the drawer pulls an intricate surface treatment to emphasize the fact that visual impact can be found in small details.

The wood in his piece comes from disparate sources: the cherry is a discarded tabletop, and the drawer pulls are made from scraps of East Indian rosewood he has held onto for 30 years. In a nod to the original secretary, Alex gave the drawer pulls an intricate surface treatment to emphasize the fact that visual impact can be found in small details.

Alex began his woodworking career as a student who hailed from Pennsylvania, where he had been woodworking and building houses. He studied under George Fullerton and Phil Lowe at NBSS, and after graduating in 1981, he joined Fort Point Cabinetmakers, a cooperative woodworking shop. While there, he built what would become a successful furniture commission business for a varied clientele, both private and commercial. Alex began teaching part-time in the NBSS Cabinet & Furniture Making program in 1985, while still maintaining his business. After 32 productive years as a faculty member, Alex recently retired this past year. 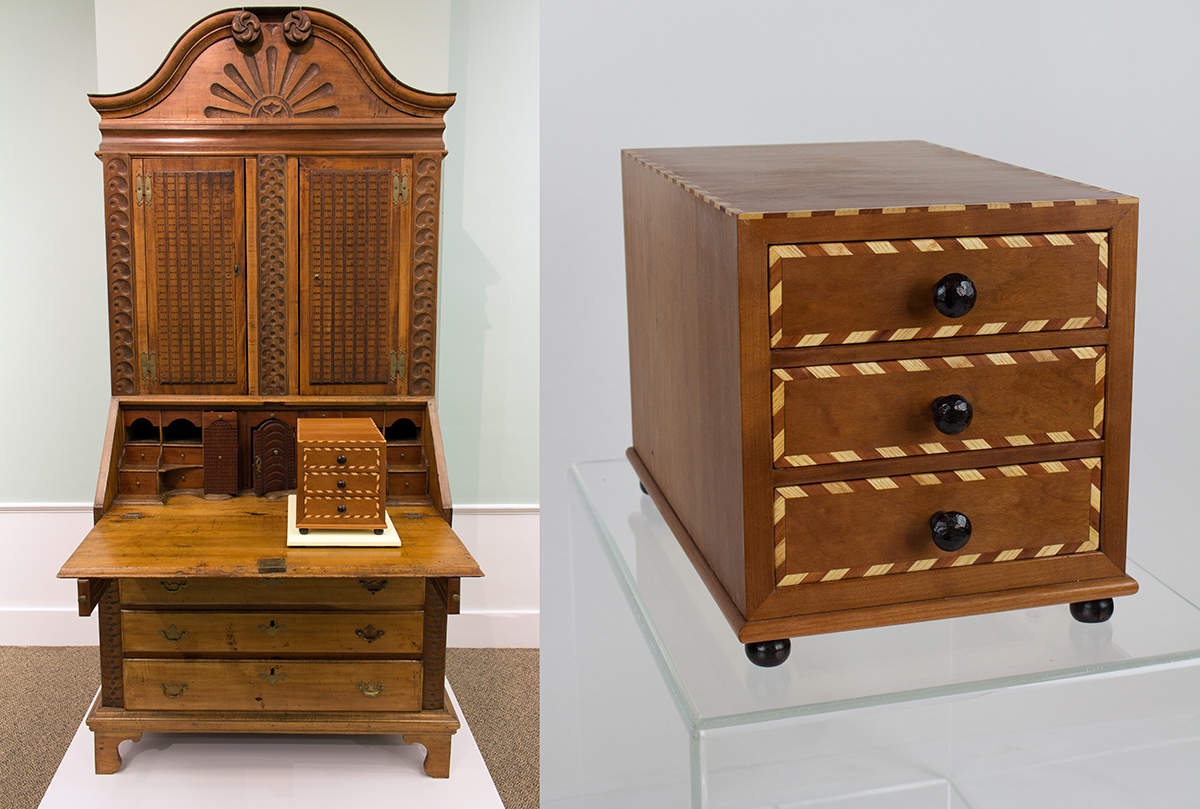 This is part 11 of a 13-part series on the artisans in “Conversations in Craft,” a collaborative exhibit with NBSS and Fruitlands Museum.
Read Part 10: Ron Trapasso | Read Part 12: Greg Brown