Miguel was drawn to the notion of disappearing forms that were once commonplace. He jokes that telephone booths share the same fate as the sewing table, a functional object that today plays little practical role. Miguel was trained as an architect, a background that has served him well navigating the complexities of construction.

Miguel says, “The table is all curves, and relationships of curves,” a bit of a conundrum for someone trained in orthogonal practices, or the study of right angles.

However, the sewing table presented its own set of issues: “The table is all curves, and relationships of curves,” a bit of a conundrum for someone trained in orthogonal practices, or the study of right angles. Miguel brought a bit of levity to his design, riffing on the silk bags usually attached to historic tables by incorporating a wood called ‘quilted satinwood’ for his piece.

Miguel is both a 1999 graduate of the Cabinet & Furniture Making program and has served as the President of North Bennet Street School since 2006. Miguel holds a master’s degree in architecture from the University of Pennsylvania and an undergraduate degree from Wesleyan University. Before enrolling at NBSS, he worked as an architect for 26 years. His furniture has been featured in House and Garden, American Craft, and other magazines, galleries, and museums across the country. 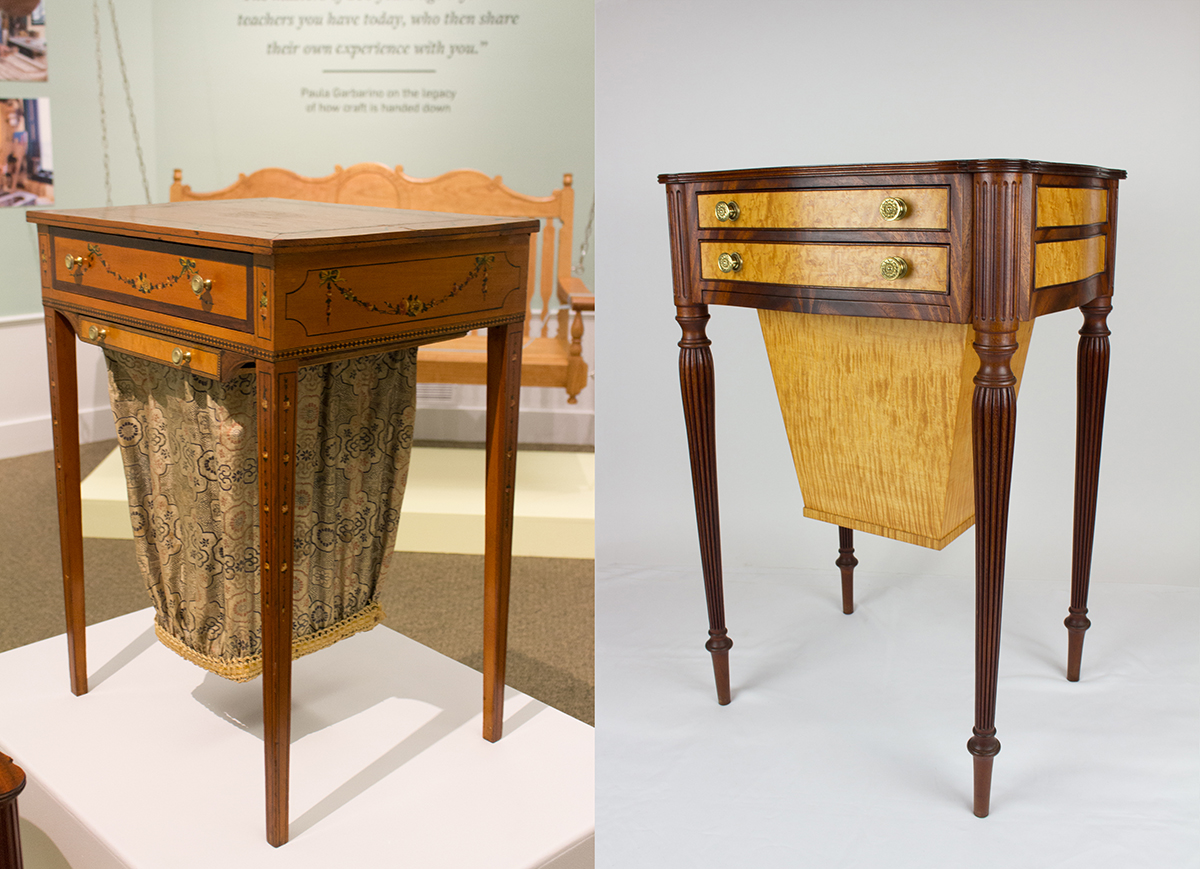 This is part 8 of a 13-part series on the artisans in “Conversations in Craft,” a collaborative exhibit with NBSS and Fruitlands Museum.
Read Part 7: Ellen Kaspern | Read Part 9: Steve Brown