Fostering a conversation between historic objects and contemporary, hand-crafted counterparts, “Conversations in Craft” is a collaborative exhibition between Fruitlands Museum, operated by the Trustees of Reservations, and North Bennet Street School. Thirteen artisans selected a piece of historical furniture from The Trustees’ collections and responded artistically with a custom-created work. In this 13-part series, we will spotlight each of the makers and share their creative process in this exhibit.

Paula describes her relationship with the tilt-top stand as “returning to an old friend,” a familiar historic form that was one of the most widely produced and utilized furniture pieces in the Early Republic. She intentionally modernized the form by raising its height, moving away from the stand’s early purpose as a place to work on domestic projects such as sewing. Paula has a deep respect for the inlay on the historic piece, noting its design is “understated, quiet, and sensitive.” With a smile, when pressed to describe her inlay, she replies, “jazzy, bold, and vivid.” Paula lays out her design on plastic sheets placed over veneers so she can be very deliberate in selecting the placement for each piece—whether by aligning the curl of the wood to create movement for a petal, or using growth rings to create a lively geometric design.

“The masters of 200 years ago inform the teachers you have today, who then share their own experience with you.”

Paula first found her calling at age 8 when her summer arts course spent a day creating with toothpicks. Building miniature chairs and chairs eventually gave way to full-sized wooden furniture. Paula was among the earliest women to train in carpentry in the late 1970s at NBSS when it was known as the North Bennet Street Industrial School.

She then worked as a cabinetmaker and shop foreman, learning accuracy and efficiency through challenging manual labor. In 1986, Paula returned to NBSS to attend the Cabinet & Furniture Making program, pursuing the study and building of 17th through 19th century furniture. Subsequently she began a custom furniture making business, teaching occasionally and later full time for five years at NBSS. Her work has been featured in numerous publications and exhibitions. 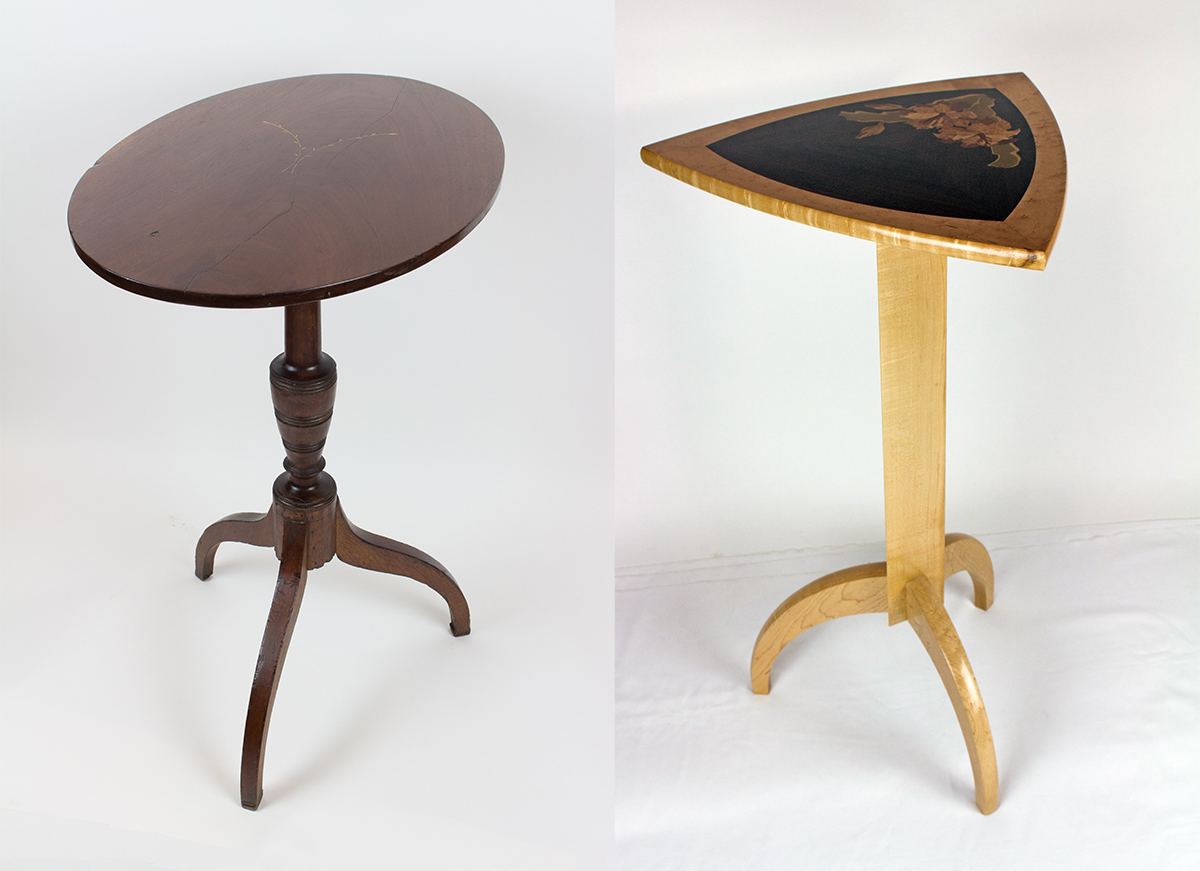 This is part 1 of a 13-part series on the artisans in “Conversations in Craft,” a collaborative exhibit with NBSS and Fruitlands Museum. Read Part 2: William Locke.