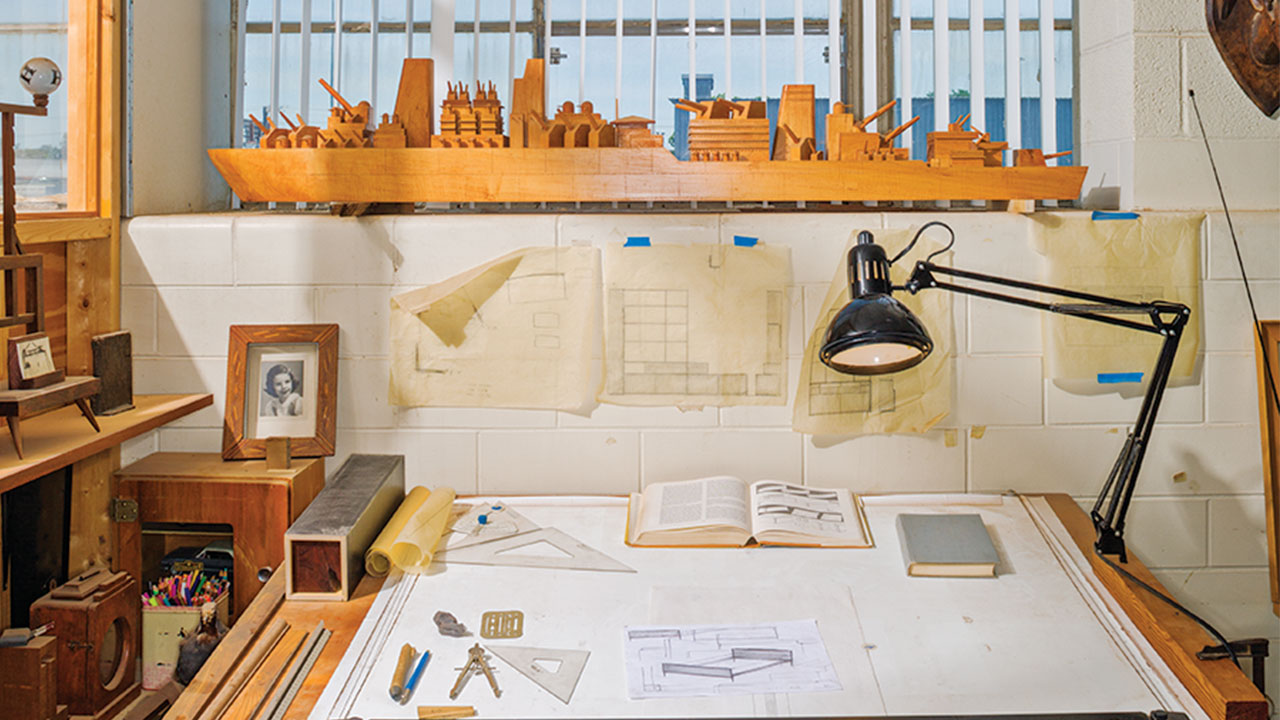 D. H. Phillips: A Dallas furniture maker creates pieces that are old and new at once.

“Dan Phillips hunches over a worn-in drafting table in the middle of his East Dallas studio, which occupies the second floor of the twenties-era warehouse that was once the Ford Motor Company assembly plant. Model Ts used to come off the line here (each of which went out the door with a “Built in Texas by Texans” decal on its back window), and the industrial space seems well suited to Phillips, who is in many ways a throwback to an earlier time.

Phillips’s handmade pieces—everything from mahogany bar stools to walnut chairs with channeled leather—are sleek and have the clean lines of mid-century design, but his work is rooted in traditional furniture-making techniques.

The son of an architect and an artist, Phillips grew up in Dallas, and in 2005, when he was 28, he enrolled in the Cabinet & Furniture Making program at Boston’s North Bennet Street School, a renowned craft and trade school.

Making furniture has been his full-time job ever since he graduated and returned home, though the 39-year-old father of two also paints (he shows at the Webb Gallery, in Waxahachie) and sings and plays guitar for the Dallas band True Widow. He always sketches with a pencil and a straight edge, likes to walk to work, and considers a computer to be a “necessary evil.” As he draws a chair for his bespoke furniture line, D. H. Phillips, one of the colorful tattoos that cover most of his body peeks out from his plaid work shirt. 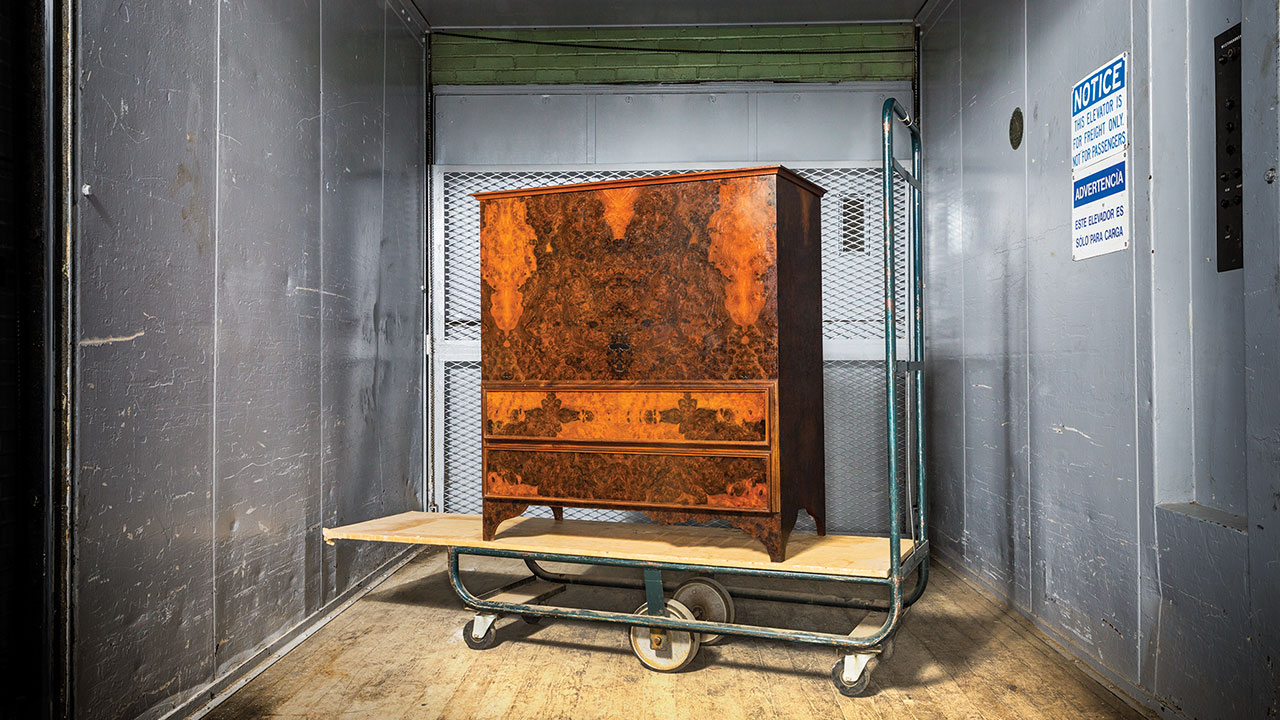 Phillips’s handmade pieces—everything from mahogany bar stools to walnut chairs with channeled leather—are sleek and have the clean lines of mid-century design, but his work is rooted in traditional furniture-making techniques. He favors classical proportions and eighteenth-century details like inlays, beading, and molding, and his desks, pencil-post beds, and jewelry boxes are influenced by motifs ranging from the crude to the sophisticated.

‘I love a naive six-board chest as much as I love a Federal period secretary,’ Phillips says. He often makes his commissioned pieces using hundred-year-old tools, and his workbench is lined with dovetail saws, chisels, hand planes, and other old-school implements. ‘I like making my pieces with the old stuff that guys before me used,’ he says. ‘I hope someone will take all my tools and use them when I am gone to keep making stuff.'”

Read the rest of the article at Texas Monthly.

Top photo: The drafting desk where Phillips sketches out all of his designs. Photograph by Jeff Wilson