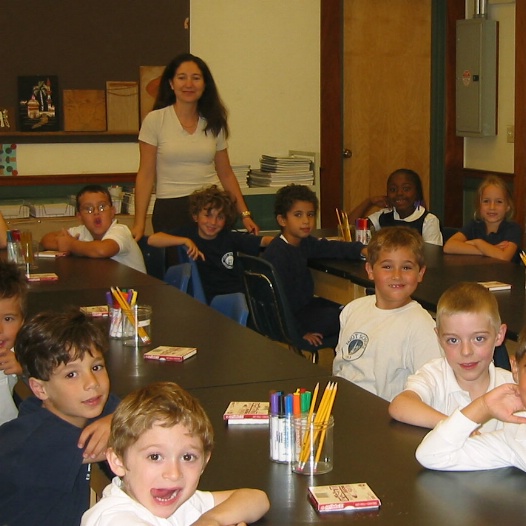 North Bennet Street School enjoys a successful partnership with the nearby John Eliot School—a public K-8 school. The schools share a long history of collaboration and first worked together in the early 20th century. The recent collaboration began when the schools jointly developed a pilot middle-school woodworking program in 2009.

To help the city accommodate the growing population of North End, Back Bay, and Beacon Hill children, the partnership was expanded in September to provide the Eliot School with an office and two classrooms: one on the first floor of NBSS for use as the John Eliot School art room and a second in the former third floor admissions office to be used as a social studies classroom.

In return, the city is providing space at 12 Channel Street in South Boston as a temporary location for the Locksmithing department. This new location is a light-filled space with views of Boston harbor.

Both the temporary classrooms for the Eliot School at 39 North Bennet Street and the temporary location for Locksmithing at 12 Channel Street are the first steps in a cooperative venture to analyze and solve the long-term space needs for the two schools, a process that is expected to take 3-5 years.