In the Making: Dan Weissman

Cabinet & Furniture Making, In the Making 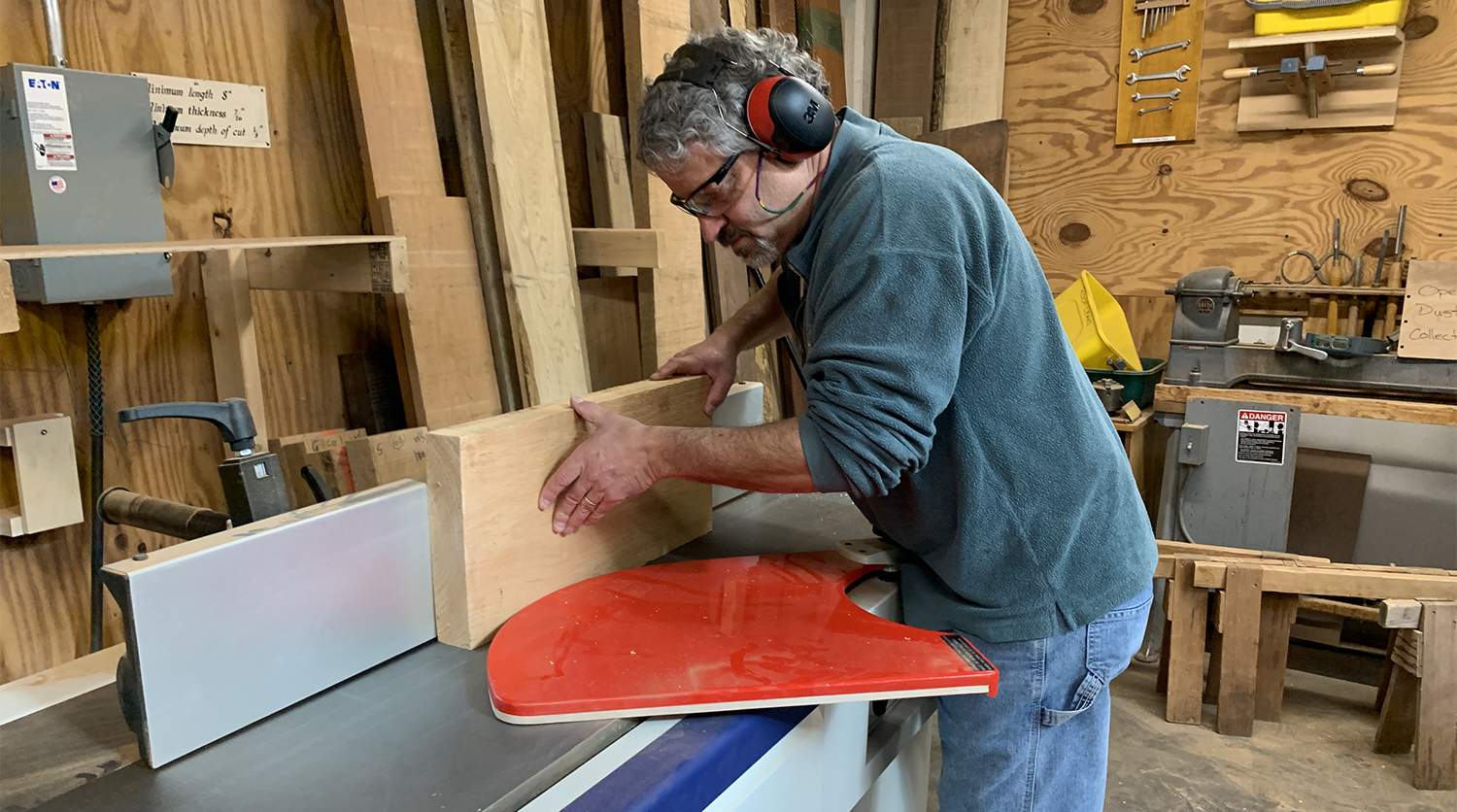 I’ve been doing woodworking since I was a kid. But I never had hand tools before ’99 when I took the class at North Bennet.

It’s common for someone to take the leap into learning a trade at NBSS right out of school, or as part of a big career change. What’s less common is to take a Continuing Education course, experience a successful corporate career, and then return over 20 years later right back where you started: in the Cabinet & Furniture Making (CF) program at NBSS. This was Dan Weissman’s journey.

Dan has fully immersed himself into the NBSS experience. He’s participated in numerous exhibitions and trade shows available to his discipline, took on the “shop monitor” leadership role in the CF program, and most recently, helped prepare the School for our reopening by fabricating new bench room partitions (along with two of his fellow students).

This conversation is from April, though it feels evergreen. We talked about his creative kids, the advantages and time constraints of hand tools, and more.

Below is an excerpt from our conversation, edited for space and clarity. 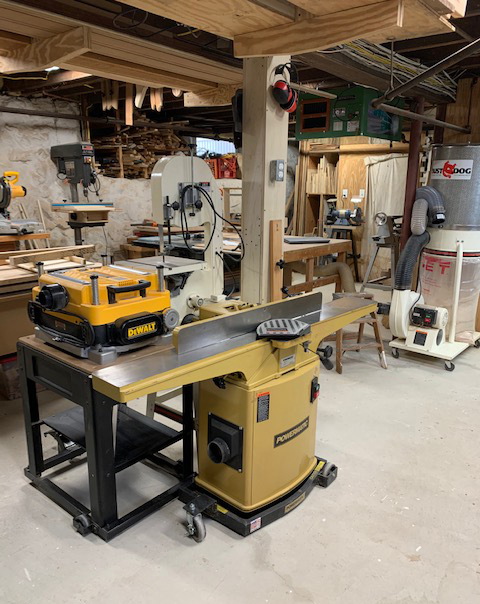 Kristen Odle: Wow, you have a pretty extensive space there!

Dan Weissman: Yeah, I’m fortunate. We’re in an old Victorian house and I pretty much have the whole basement. What used to be the laundry room will now be even more space for me to take over!

KO: Very nice. What is the biggest piece of machinery you have?

DW: I have a DELTA contractor’s table saw, which is the biggest machine, and also a jointer, and a 12 inch planer. It’s fully outfitted here, but it’s kind of a personal hobby shop.

KO: I know that prior to coming to NBSS you were in the corporate world. Did you have a workshop during that time in your life?

DW: I did! We’ve been in this house now since 2001. When we were looking for houses, the first place I would go would be down in the basement to see if I could set up a shop. [laughs]

KO: How long had you been doing woodworking as a hobbyist?

DW: As a hobbyist… Let me give a little background. In 1999, I actually took the Fundamentals of Woodworking at NBSS with (faculty members) Steve Brown CF ’90 and Matt Wajda CF ’01. There were about 10 people in the class, and we met on Saturdays for ten weeks over at the old building.

I’ve actually been doing woodworking with my dad since I was a kid, but I never had hand tools before I took that fundamentals class.

KO: Wow! Did they remember you from that class?

KO: Growing up doing woodworking with your dad, what kind of things were you making?

DW: Definitely rougher projects. One thing I specifically remember building was a loft bed in my bedroom—a desk underneath with a loft above. We also built some storage around the house, for things like my dad’s old LPs.

KO: You were taught woodworking by your father. Do your two daughters have an interest in learning woodworking from their father?

DW: Somewhat! They haven’t spent a whole lot of time down here though. I think they have more interest in me making things for them.

KO: What’s something that one of them has asked you to make?

DW: My younger daughter is really into decorating her room lately and she wants a new bed. So I said, “Oh, why don’t we just do a simple platform bed?” She went online and what did she come up with? A George Nakashima platform bed. [Laughs]

DW: It’s a fairly straightforward platform, but with really nicely done dovetails. And the one that she found had an edge slab around the back of it. Not sure about the live edge headboard, but we’ll do the platform with some possible storage underneath.

KO: That’s funny. That’s a strong design point of view she has there.

DW: Yeah. She’s probably heard me talk about Nakashima because growing up my parents actually had a Nakashima bed and dresser. Years ago they sold it and ever since I’ve been telling them, “Ah, that’s what I wanted!”

KO: Oh, I know just what you’re saying. I feel the same about my parents’ old Volvo 240… Do your daughters do any sort of arts or crafts?

DW: My daughter in middle school, the one who asked for the platform bed, is a pretty good artist. She actually takes classes in Boston at the Museum of Fine Arts on Saturdays. It’s one of my favorite things, and I take her in almost every week. Years ago when I would take her, I’d walk through and look at the paintings. Now I walk through the new American wing and look at all the furniture. [Smiles]

KO: Surely you’ve covered every inch of the museum that way? 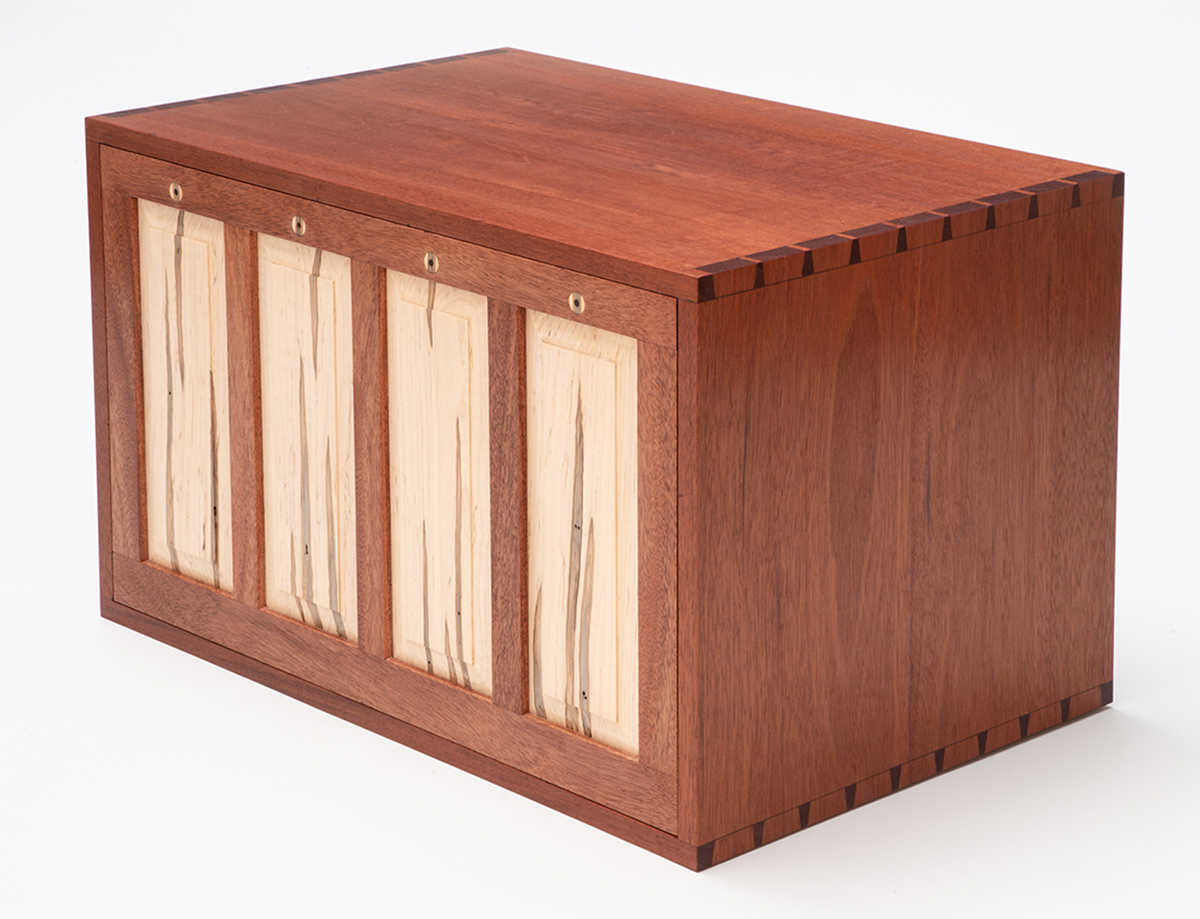 KO: Middle school is a great time to absorb art making. I was just talking to a bookbinder yesterday about paper making, and I can still remember blending paper for the first time in middle school.

DW: It’s also one of those really important moments because that’s around the age when some of the kids start to tail off from doing art work. The crafts that they did a lot in elementary school and when they were younger, if they don’t keep up with that it sort of drifts away.

DW: Yeah. So now it’s kind of funny with everything going on, and she says, “Oh, what should I draw today?” And so she’s upstairs with her pencil and pad. She’s doing a lot of drawing these days.

KO: You never really want to project, but do you hope for or expect her to carry that on through her life?

DW: I hope she continues being creative. She’s talked about wanting to kind of combine math and art and architecture. She’s thinking along those lines now, so that would be nice.

KO: The world is her oyster with math and art and science.

DW: That’s my 13 year old. My 15 year old is very musical. She’s in the band and plays a bunch of different instruments. Not so much hands on, but they do both enjoy coming down into the shop with me. 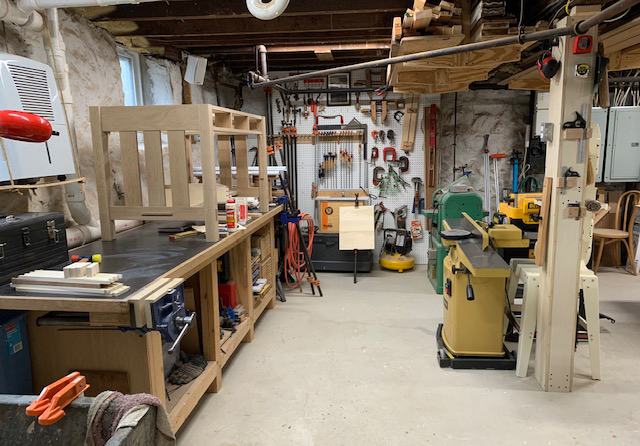 KO: My passion for making and woodworking and general tinkering came from just spending time with my grandfather in his workshop. It sticks with you and it’ll come back for them probably at some point in life.

DW: Agreed. I think when they were younger, they used to come down here and spend a little more time with me when I was doing stuff. Now they just kind of have their own stuff to do.

KO: They have different priorities now. [Laughs] Pivoting to School, what have you been missing away from the bench these past few months?

DW: I’m definitely missing the community most. Just having the instructors there and being able to ask them some questions, asking my classmates questions. I’ve missed those interactions.

KO: Do you think being without all of that machine room during this time has made you a better woodworker? Or does it not work that way?

DW: I’m not sure. Well, it’s certainly not going to make me more efficient! [Laughs]

What I’ve learned so far is that the Cabinet & Furniture Making program has given me the ability to get around some of the limitations of the tools I have, because I can do things by hand. Flattening a large board is doable with the tools I have here at home now. It’s a lot easier to be able to run it over the SCM jointer that we have.

DW: Yeah. Currently I’m working on this quartersawn oak library table. Things that should take me 30 seconds to run a board through a planer at school are taking me a lot longer here at the house. 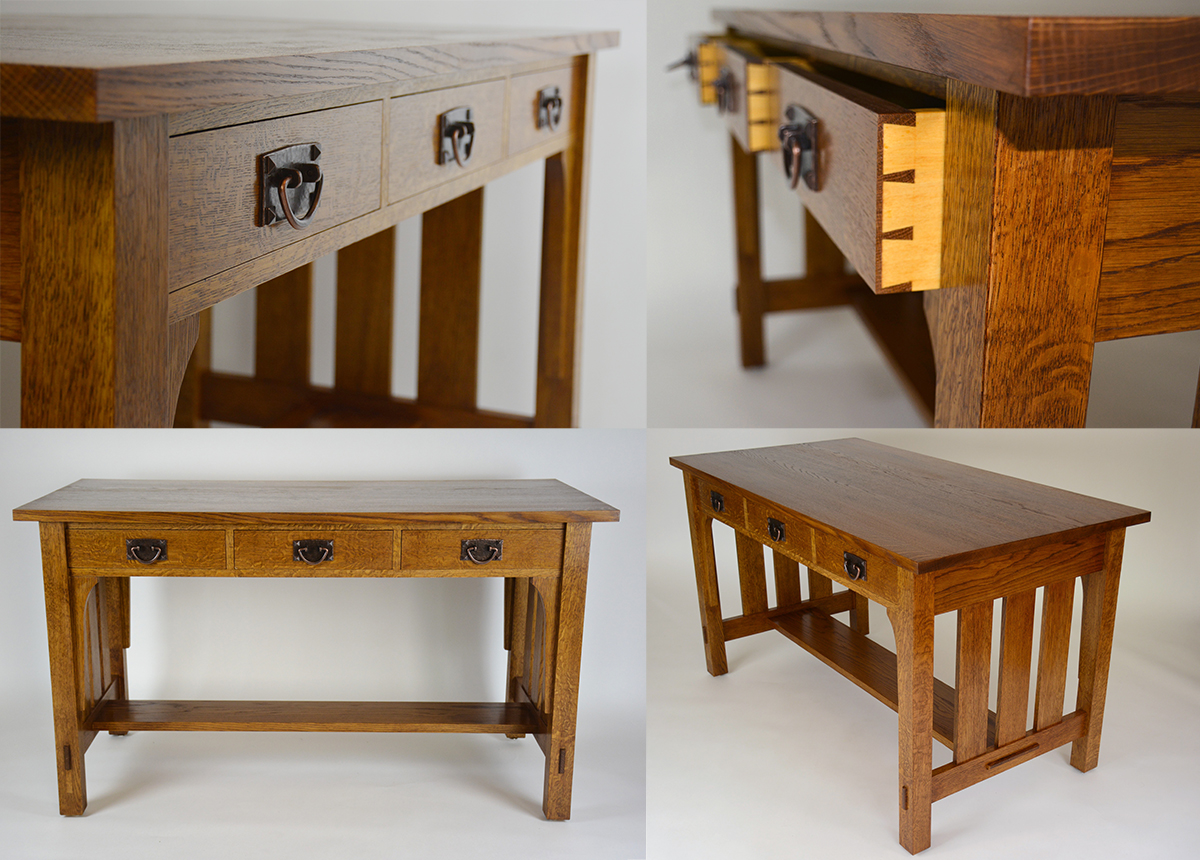 KO: Tell me about this project. It’s for an art center in Melrose, yes?

DW: It is. A friend of mine founded the Follow Your Arts Community Art Center here in Melrose. She put the call out for volunteers so I offered to build them a reception table for the center.

And like I said, working with oak, it’s certainly doable in my shop. But it is taking me days longer than it would up in Cabinet & Furniture.

Still, I’m so fortunate to have this space down here in my house, to work on projects and keep my hands busy. It’s keeping me sane… And it’s giving me some time to do some machine maintenance that otherwise I would put off [points to his planer behind him]. I should get back to that now.

KO: Fair enough. Thank you so much for your time, Dan.

Up next: Take a virtual tour of Dan’s basement home shop.

In the Making: Art LaMan