Why Don’t Pianists Know How to Tune Their Pianos?

Piano Technology graduate Joel Bernache PT ’03 was interviewed in a November 2020 article in The New York Times titled, “Why Do Pianists Know So Little About Pianos?”

The article describes how, due to the incredible complexity of pianos and inability to (usually) travel with such a large instrument, most concert pianists don’t have an intimate knowledge of the parts of a piano or how to tune them, unlike other instrumentalists. This makes piano technicians—those who tune and maintain pianos—a crucial profession and relationship for pianists to have.

Very fine pianos vary enormously in terms of sound, action and responsiveness to touch. Even a superb Steinway in a concert hall may take adjusting to, and may not suit a particular pianist’s preferences.

“A lot of my job involves working with pianists on this very problem,” Joel Bernache, a technician with Steinway & Sons in New York, said in an interview.

Steinway has long held a contract to provide and maintain concert grand pianos for Carnegie Hall. There are currently two at the ready at Stern Auditorium, Carnegie’s main stage: an American Steinway, from New York, and a German Steinway, from the company’s factory in Hamburg…. Many pianists who come to Carnegie to try out the pianos ask for subtle adjustments to be made before a concert. That task often falls to Mr. Bernache.

“As a technician, I’m kind of all that’s between pianists and their performance,” he said. 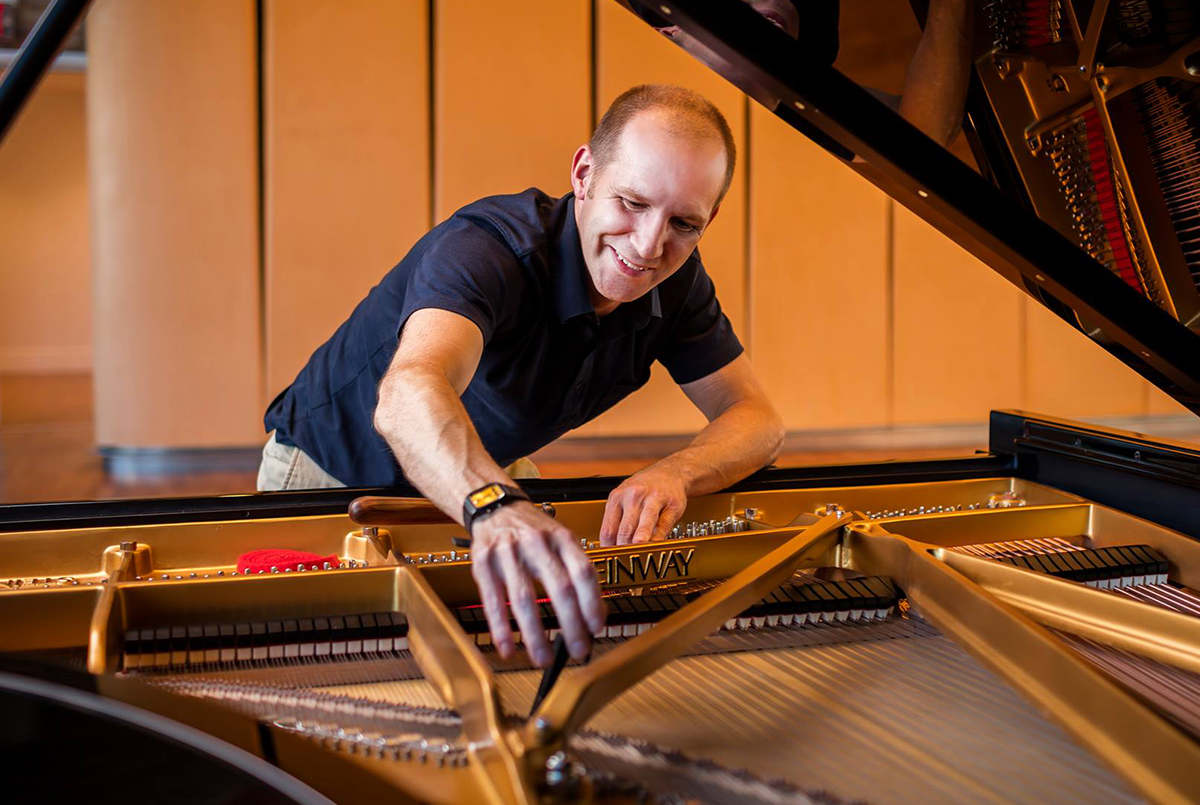 Joel was also interviewed by Carnegie Hall in 2016, describing how he got started in piano technology:

“I’ve been tuning pianos since 2001. I sort of fell into it. I apprenticed with a technician for about a year. He sent me off to school in Boston, and I landed a job at Steinway. I’ve been tuning the pianos in Carnegie Hall ever since. My job is very anonymous. For the most part, people don’t care who I am or what I do to fix a problem. But when there is a problem, everyone notices.

I get specific requests regarding pianos – it needs to be bright and on the edge for a solo recital and more muted for chamber music when you’re looking for something more subtle. And for a concerto, you have to pay particular attention to the pitch. Keith Jarrett…gave a solo recital some years ago, and he can be very particular. But as he exited the stage, he took one look at me and just said, ‘Thank you very much.'”