Jon’s Locks Offers the Key to a Successful Business 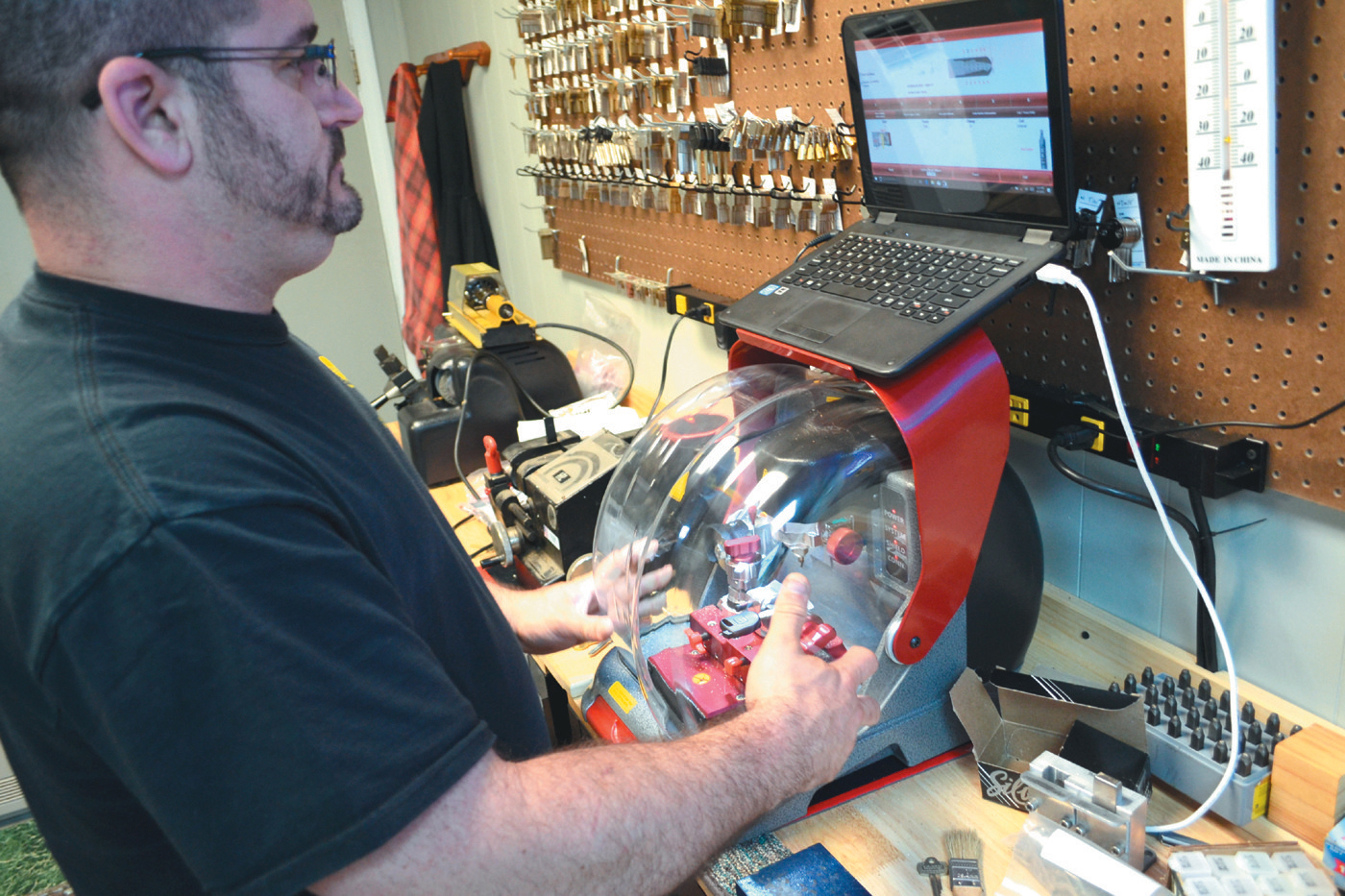 (Above) Jonathan Issa shows how he makes an automobile key using a CNC machine to carve the unique grooves. Photo by Warwick Beacon.

2014 Locksmithing & Security Technology alumnus Jonathan Issa was featured in the Warwick Beacon. Here’s an excerpt of the article by Ethan Hartley from June 14, 2018:

“Jonathan Issa knows the value of hard work, and he also understands that nobody is going to hand you the life you want to lead – you have to get up, work hard and seize it. He learned these lessons without the aid of what has become the traditional educational model – four years of high school and at least two years of higher education – as he dropped out of high school when he was 17 and joined the United States Army.

“I needed something to help me straighten my life out,” Issa said during an interview last week. Issa owns Jon’s Locks Inc., a locksmithing company that he began with nothing more than $1,000 in his pocket and the will to work round the clock.

When he returned home [as a veteran] 2004, he said his “head wasn’t straight.” He began doing facilities maintenance work when he realized that a large amount of the work needed to be sent out to locksmiths to accomplish. This eventually led him to North Bennet Street School in the North End of Boston, a vocational school with over 130 years of history that originally helped train immigrants freshly arriving in the country.

“When I first started this business I was running 24 hours. If somebody called me and needed help at 3 a.m. I went out. It was that legwork that got me to where I am today.”

It was here Issa took a nine-month course on locksmithing, and he’s only gone forward from there. In 2013 he began his business out of his home with a couple used machines and a van for travel jobs. Now he is planning an official opening ceremony for his first legitimate business headquarters on West Shore Road. “When I first started this business I was running 24 hours,” he explained. “If somebody called me and needed help at 3 a.m. I went out. It was that legwork that got me to where I am today.”

Issa said that he loves what he does because it gives him the opportunity to help people. He also volunteers his skills to causes he believes in, such as volunteering his time for Operation Stand Down, [which helps] find veterans affordable housing opportunities. “My biggest thing is that I like helping people. I try to go above and beyond for my customers, because everybody needs a break once in a while,” he said.