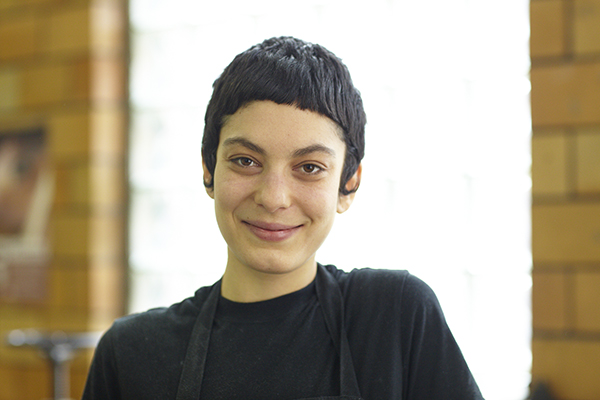 Before North Bennet Street School, I was working as a film projectionist in New York City and studying in a one-year photo journalism program at The International Center of Photography.

As my background was in photography I sought ways in which I could make my work more narrative, less exclusive and outside of a gallery setting. Soon I found I was spending all my money on bookbinding courses – a love I had fostered for a few years after having spending much of six months in Paris in The Shakespeare and Company bookstore.

I became obsessed with book repair and the book structures that I chose to use to showcase my photographs. In a class at the San Francisco Center for the Book that I took one summer, one of my instructors, Hanna Tashjian, a graduate of the bookbinding program, told me about NBSS.

I plan to use the skills that I acquired at NBSS to honor the work of other artists with appropriately bound structures. I intend to be a bookbinder for life and, as every skill requires a sustained approach toward mastery, I expect to work in many binderies as an apprentice of a production team.

[After graduation,] I planned to integrate my new skills into the life that I began cultivating several years ago, as an artist and as a bookbinder – staying true to the trade and using my hands at all times. In my spare time I read voraciously, map-out long walks for every Sunday and recently have been quite into canning.