Lance Patterson: A Mentor in Design 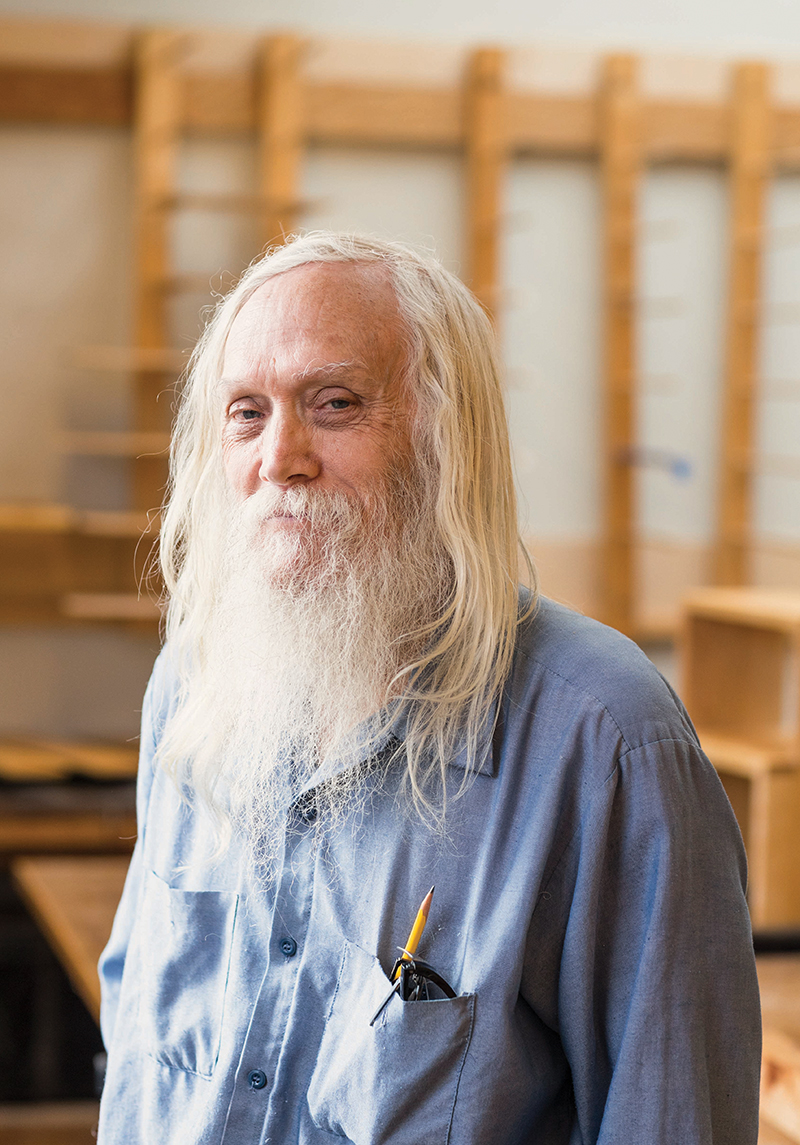 Over three decades after it was first offered, the “Thursday Lecture” is as popular as ever with Cabinet & Furniture Making (CF) students at North Bennet Street School—as is the lecturer, longtime faculty member Lance Patterson CF ’79.

“We call it the ‘Lance Lecture,’ where all full-time students gather to hear Lance talk about everything from curved veneering and columns to the different shapes and styles of cabriole legs,” explains Grant Burger CF ’17. “The lectures are insights into Lance, who is ‘The Godfather’ of period furniture, and are his way of inspiring us.”

A student of the late George Fullerton, who created the current CF curriculum, Lance became a part-time CF instructor at NBSS in 1979. He went full-time two years later, and served as Department Head from 1985 to 2001. Lance is also a founding member of Boston’s Fort Point Cabinetmakers, which has welcomed many NBSS graduates including, for a time, Provost Claire Fruitman CF ’96.

“When I was getting ready to graduate, a classmate and I were looking for bench space. When Lance told me there was a bench available in his shop, I was thrilled. I couldn’t believe that I was going to be working in the same place as him,” recalls Claire. “He is a genius woodworker. There is never a question he can’t puzzle through or a problem he can’t figure out. As a student, you can tell him what you’re planning to do and he knows just what books to refer you to in the CF Library, which he maintains.”

“Lance was one whose answers to my questions I most valued. He is a true polymath, with encyclopedic knowledge.”

Recognized as a “Mentor in Design” by Design New England earlier this year, after being nominated by Grant and others from NBSS, Lance has a long history in that role.

“Lance was one whose answers to my questions I most valued. He is a true polymath, with encyclopedic knowledge,” explained NBSS President Miguel Gómez-Ibáñez CF ’99, who also once had a bench at Fort Point. “Lance has a hugely appealing personality, but one of the charming things about him is that he is not a public speaker. He is self-effacing and very low-key. You have to really focus on what he’s saying.”

Among those listening closely are three of his former students and now his CF colleagues—Department Head Dan Faia CF ’94, and instructors Steve Brown CF ’90 and Alex Krutsky CF ’81. 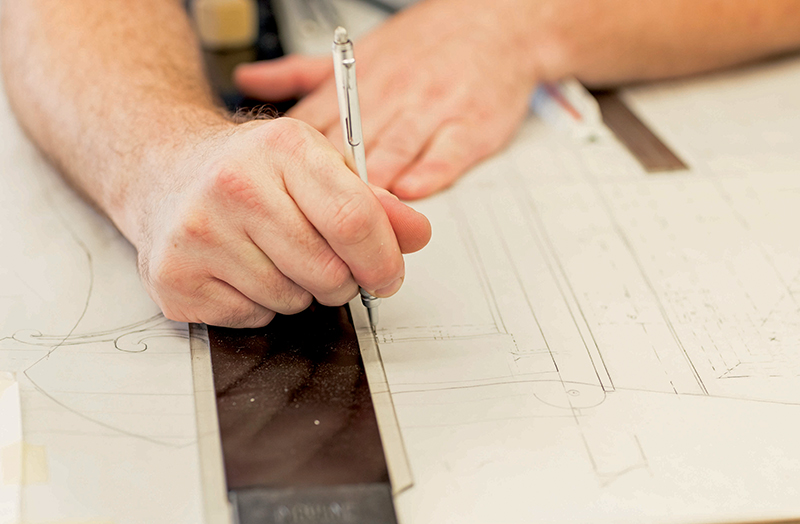 “What’s great about working with Lance is that he is always excited even when he’s working on something he’s done many times,” says Dan. “As our senior instructor, Lance is Master of the Shop. Most everything goes through him before it gets done. We were all his students, and while we’re now his peers, we still learn from him every day,” says Dan.

“George had worked in the trade all his life and was a most inspiring teacher. He taught Phil Lowe [CF ’74], too. He changed a lot of people’s lives. The tradition in the trade is to pass on what you know to the next generation. It is part of the continuum,” says Lance, adding with a laugh, “So when my students do something wrong, I tell them ‘George wouldn’t like that.'”