Philip Lowe CF ’74 has been named this year’s featured artist for Arts Fest 2017 by Endicott College and Beverly Main Streets. Phil taught many NBSS students as an instructor and CF department head. He was also a 2005 Cartouche Award winner, the highest award bestowed by the Society of American Period Furniture Makers. Read more about his work and accomplishments in this article from Wicked Local Beverly. 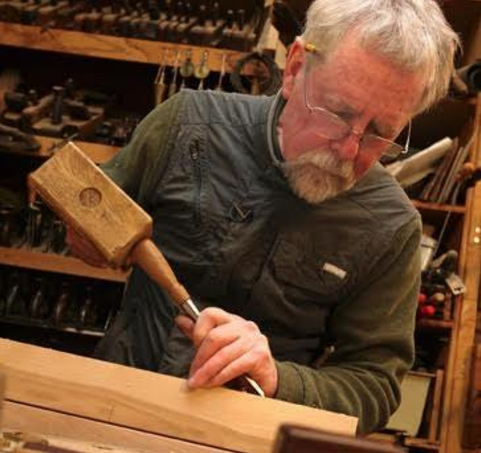 “Endicott College and Beverly Main Streets are pleased to announce Philip C. Lowe, owner and director of the Furniture Institute of Massachusetts, located in Beverly, as this year’s featured artist for Arts Fest 2017.

Each year, a local artist is awarded this title for the Arts Fest Community Art Exhibition at Endicott College that is on display all summer long, and at the outdoor Beverly Arts Fest on Cabot Street on Saturday, June 17, from 10 a.m. to 4 p.m.

Lowe was chosen to receive the featured artist award based on his many years of dedication and commitment to the arts. Since 1985, he has operated a furniture-making and restoration shop, producing work for the private sector and museums throughout North America.

In 2005, Lowe received the Cartouche Award, the highest honor bestowed by the Society of American Period Furniture Makers, and was also was chosen in 2010 for the “Artisanship Award” bestowed by the Institute of Classical Architecture & Classical. Lowe’s teaching experience spans 10 years (1975-85) and includes being an instructor at Boston’s North Bennett Street School and department head. He has also been a visiting instructor, seminar speaker and demonstrator at various trade schools, private schools, woodworking organizations and national museums through the United States and Canada.”