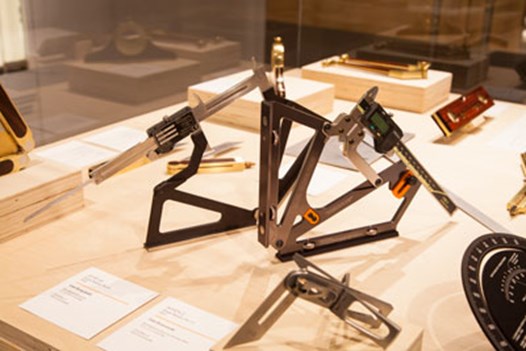 The title of the exhibit is Quality is Contagious: John Economaki and Bridge City Tool Works. The exhibit was curated by Nicole Nathan, curator of collections at the Museum of Contemporary Craft, in Portland, Oregon, in collaboration with Economaki. The exhibit was first shown at the Museum of Contemporary Craft. It then traveled to the Bellevue Arts Museum in Seattle before coming to NBSS in March.

“I am a huge fan of North Bennet Street School and can’t think of a more relevant venue on the East Coast for the exhibit—it is really quite an honor.”

This story is part of the Spring 2015 issue of Benchmarks magazine. See more Benchmarks issues here, or download a pdf of the entire issue.