Restoring a Steinway to its Former Glory 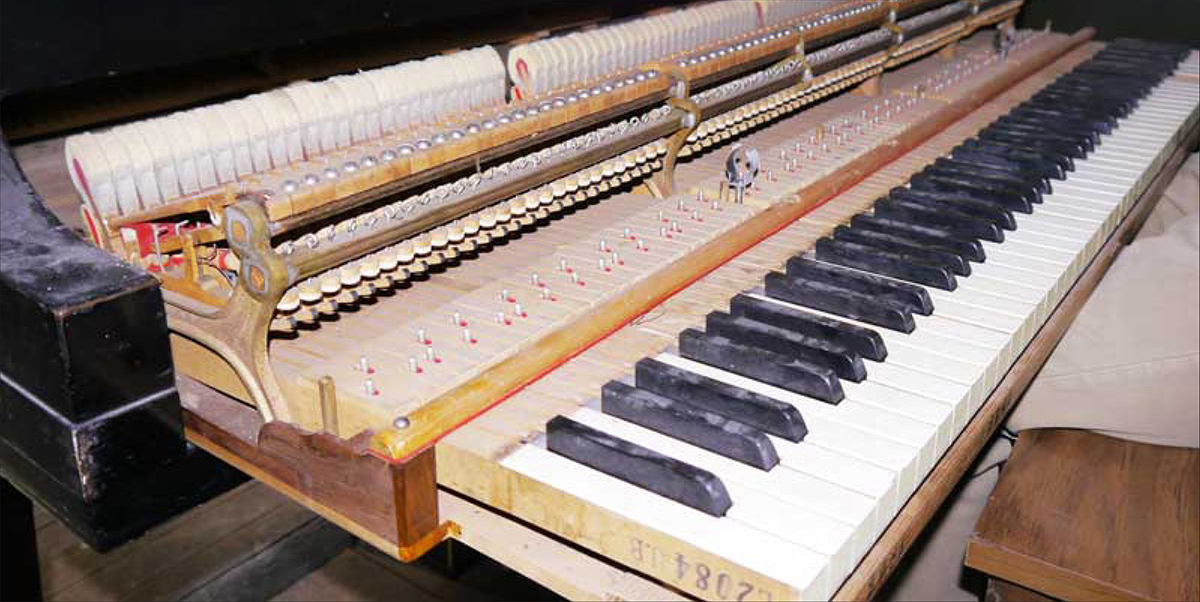 The town of Harvard, Massachusetts, is undergoing a capital campaign, including a plan to restore the town’s 1931 Steinway M baby grand piano. It currently lives in The Bromfield School, a grade 6-12 facility. The restoration would provide an upgrade for the school, and at the same time preserve an important part of the town’s cultural history.

As the town investigates their options, they called upon NBSS alumna Mariana Quinn PT ’05, PA ’06 to consult on restoration. Her thoughts were featured in a December 21, 2017 article in the Harvard Press by Carlene Phillips.

“For about 50 years, the piano had a busy life being played at a variety of events at Town Hall. Ida Harris in her “Harvard History 1894 to 1940” writes about Harvard’s having ‘the best dancing floor for miles around,’ and one can imagine the piano being played for the people who ‘began flocking to Harvard to dance.’ Numerous shows were performed on the stage in upper Town Hall, and the piano must have provided musical accompaniment for everything from Victorian melodramas to vaudeville acts to Broadway musicals.

“As time went on, the second floor of Town Hall was increasingly needed for municipal offices, and the number of social events there declined. By 1996 renovations had been made to Town Hall and offices opened on the second floor. The town piano was moved to the side of the room and surrounded by filing cabinets and boxes of town papers. There it gathered layers of dust.

“[Bolton Road resident Tim] Clark was a selectman at that time and interested in the fate of the 1931 piano, for which the town had no plan. Turner’s video featured Mariana Quinn, a piano technician trained at the North Bennet Street School, the first of four assessors and conservators whose opinion on the piano Clark has solicited. According to Quinn, restoration is a great alternative to buying new, and she said that despite exterior dings and dents and one brown leg, the result of a break along the way, “there is potential for this piano to be great.’ In addition to her professional evaluation, Quinn said, ‘It would be nice to keep the piano that’s been in town since its birth, since 1931.'”

Read a pdf of the entire article here.