Rewarding Work: A New Book on the History of NBSS 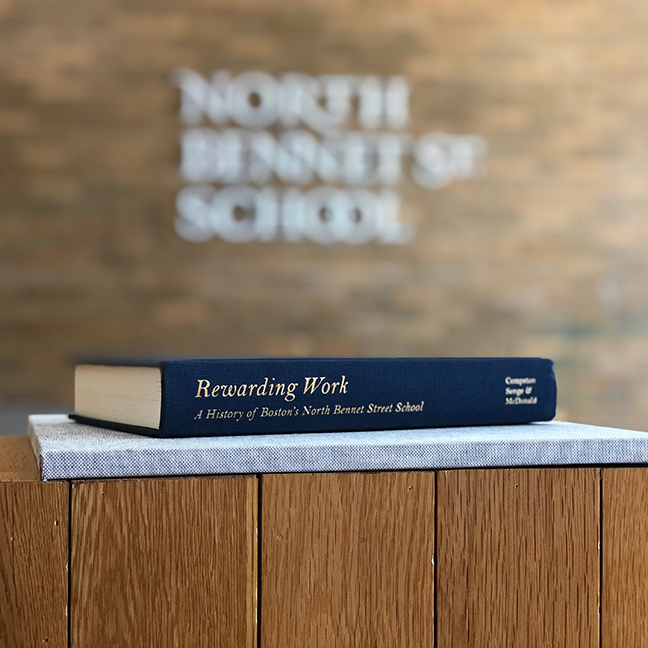 NBSS is proud to announce the recent publication of Rewarding Work, a story of visionary leaders with the courage to experiment in education and social services for Boston’s North End neighborhood and beyond.

The book is an engaging account of how the School’s mission and diverse programs evolved over 100 years until 1985, when it became a full-time post-secondary school, with a focus on professional training in fields requiring high-level hand skills.

Rewarding Work sets the scene that led a group of Boston women—philanthropists and educators alike – to establish training programs for newly arrived immigrants in the tumultuous period of the late 19th century. Under the direction of Pauline Agassiz Shaw, America’s first trade school was founded as North Bennet Street Industrial School, to also include various social services and a kindergarten program. Her leadership set a high standard for responding to problems with experimental solutions.

Over 100 years, the School developed an array of programs: daytime public school classes, weekday afternoon recreation and classes for children, evening classes for adults, a work relief program during the Great Depression, a credit union, summer camps, and later, full-time vocational instruction in traditional trades for returning veterans from both World Wars.

Building on that experience, a newly renamed North Bennet Street School transferred its neighborhood services to another agency in 1985 and set off with a single mission of training “for careers in traditional trades that use hand skills in concert with evolving technology,” open to students from across the country and beyond. Today, skilled graduates from all nine programs are well-prepared for the workforce, alternately sought out by employers or developing their own small businesses, with either choice leading to meaningful lives and livelihoods.

About the Authors
Christine Compston served as a Fulbright Scholar in Norway, a Liberal Arts Fellow at Harvard Law School, and a consulting historian for both Oxford University Press and the National Endowment for the Humanities. Her interest in social, women’s, and constitutional history led to her work on the project, with a focus on the impact of social reformers in addressing urban environments of the late-19th and early-20th centuries.

Stephen Senge holds graduate degrees in public administration, economics, and accounting, and served as a faculty member at Simmons College and Western Washington University. His contributions to the project grew from his scholarly interest in the American economic history of nonprofit organizations of the late 19th century.

Walter McDonald taught in Massachusetts and Tanzania before moving into senior administrative roles at UMass Boston. He arrived at NBSS in 1977 and for 33 years was responsible for both financial aid and academic pursuits, including supervising instructors, drafting curricula, developing policy, and advising the Executive Director.

Stockists
Rewarding Work is available for purchase at nbss.edu/rw or via the NBSS Gallery/Store, located at 150 North Street in Boston.