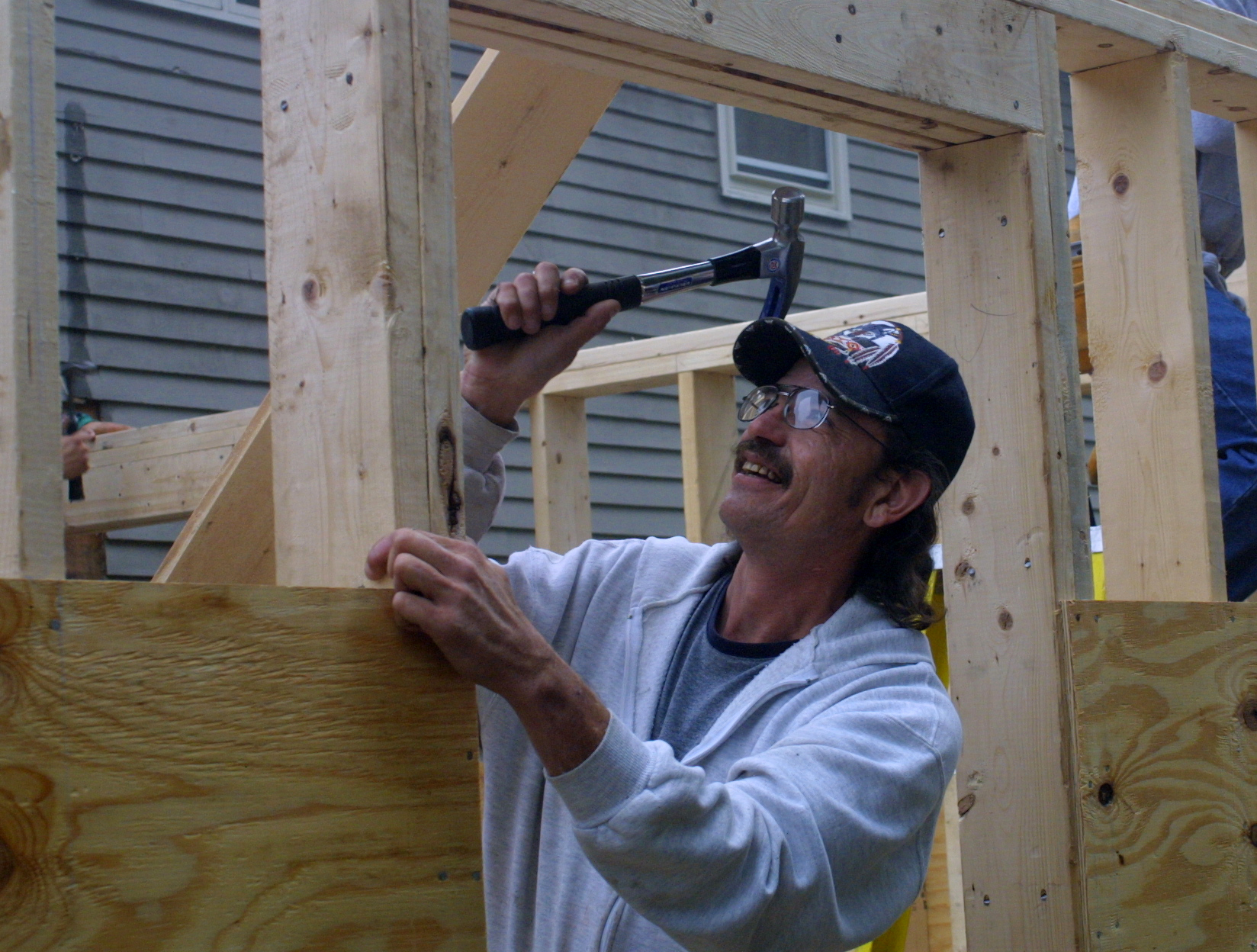 When Robert was a student in the Carpentry program, he never imagined that his career path would eventually put him on a first name basis with U.S. senators and congressmen.

Robert is a member of the Cheyenne River Sioux nation, living on the tribe’s Eagle Butte, South Dakota reservation and working there as a Tribal Veterans Service Officer.

Of the many Veterans Administration programs he helps to manage for the tribe, he is most proud of the construction training program that teaches basic carpentry skills to young tribal members, preparing them for careers in construction. “When I got back to the reservation, everything was being built by outside contractors. So all the funding left the reservation. I was determined to change that.”

Robert explained his background when he was a student in 2007:

“I was in the Army from 1978 to 1981, post-Vietnam, as a helicopter crew chief. When I got out of the service I worked numerous jobs. I worked for the casino for awhile. In the late 1990s I lived in Rapid City and worked for a construction company for a few years.

In April 2006, I went back to the reservation to help my brother who was disabled, and I got involved with Construction Work Therapy, a program for veterans run by the Black Hills Veterans Administration office. One of the directors there said, “Do you want to go to Boston to train at the Bedford Veterans Construction Team Program?” I said yes.

I got to Boston in September 2006, and started looking for schools to give me the training I needed. I looked at Middlesex Community College and was going to take bits and pieces of courses here and there, until North Bennet Street School came up. It had everything I needed.

When I finish here I will go back [to South Dakota]. I imagine I’ll live in Sioux Falls, where the reservation is two hours away, but I’ll be in the field all the time because they want me to be a program director, recruiting and telling everyone what we’re trying to do. That will change my life. It’s an opportunity, not really for me, but for the program. Instead of waiting for 20 years for help, like after Vietnam, we’re going to help the vets now when they come back, and there are going to be a lot of vets coming back. If they can get help early it will help everybody in the long run.”

After graduating in 2008, he did just that. Relying on this combined experience, he developed the basic curriculum he would use to turn his young carpenters-to-be back home into confident construction professionals.

When I got back to the reservation, everything was being built by outside contractors. So all the funding left the reservation. I was determined to change that.

Now, any bids for new construction projects on the reservation must first come through Robert’s VA-sponsored program and the Tribal Employment Rights Office. “The idea is to give local Native Americans and veterans a fair shot at getting the work,” he explains.

His job also involves lobbying with high-level politicians to maintain government funding, and report the positive results of his programs. Though he’d rather be working in the field, he views such activities as critical to his role. “If it means that I can continue the work of helping people on the reservation, I’ll be happy to talk with them all day long.”