To Hear the Music 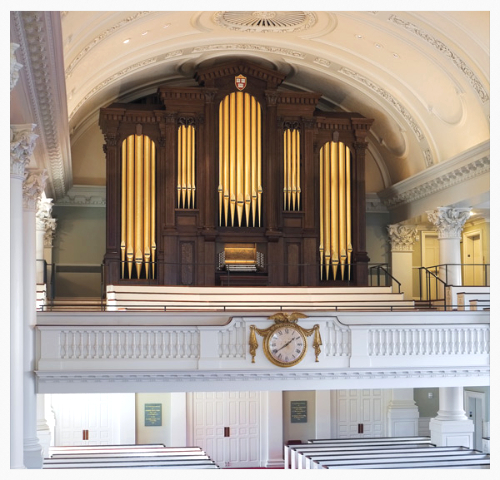 To Hear The Music,” an independent hour-long documentary, follows the development of a single pipe organ, CB Fisk’s Opus 139, from initial design meetings through every aspect of building and testing, to a celebratory Easter inaugural in Memorial Church, Harvard University.

Charles Brenton Fisk worked with Robert Oppenheimer as an 18-yr-old whiz kid on the Manhattan Project, building the A-bomb, before turning from the physics of destruction to music, his first love, and building tracker action pipe organs out of Gloucester, Massachusetts. He died in 1983, but his uniquely collaborative shop continues to build “the king of instruments” in much the same way they were built in the time of Bach.

To Hear the Music, an independent hour-long documentary, follows the development of a single pipe organ, CB Fisk’s Opus 139 (pictured above), from initial design meetings (with Harvard’s late beloved Rev. Peter J. Gomes), through every aspect of building and testing, to a celebratory Easter inaugural in Memorial Church, Harvard University, Fisk’s alma mater.

But the documentary also speaks about much more than mere process. It addresses the creation of a product built to last in today’s world of disposability. It tells the story of a model workplace, where every craftsman’s voice is heard. It explores the Organ Wars of the early 20th century that pitted electro-pneumatic advocates against the pure mechanical tracker connection between the finger’s touch and the speech of the pipe. It examines the perfect marriage of craft and art that the man Fisk valued above all else. And then, not least of all, there is the music itself, which provides glorious accompaniment as we observe a sum of parts coming to life in To Hear The Music.

Film screening with an introduction and discussion with director and producer Dennis Lanson, Wednesday May 27, 2015, 6:00 pm, Windgate Gallery. This event is funded by a grant from The Felicia Fund.