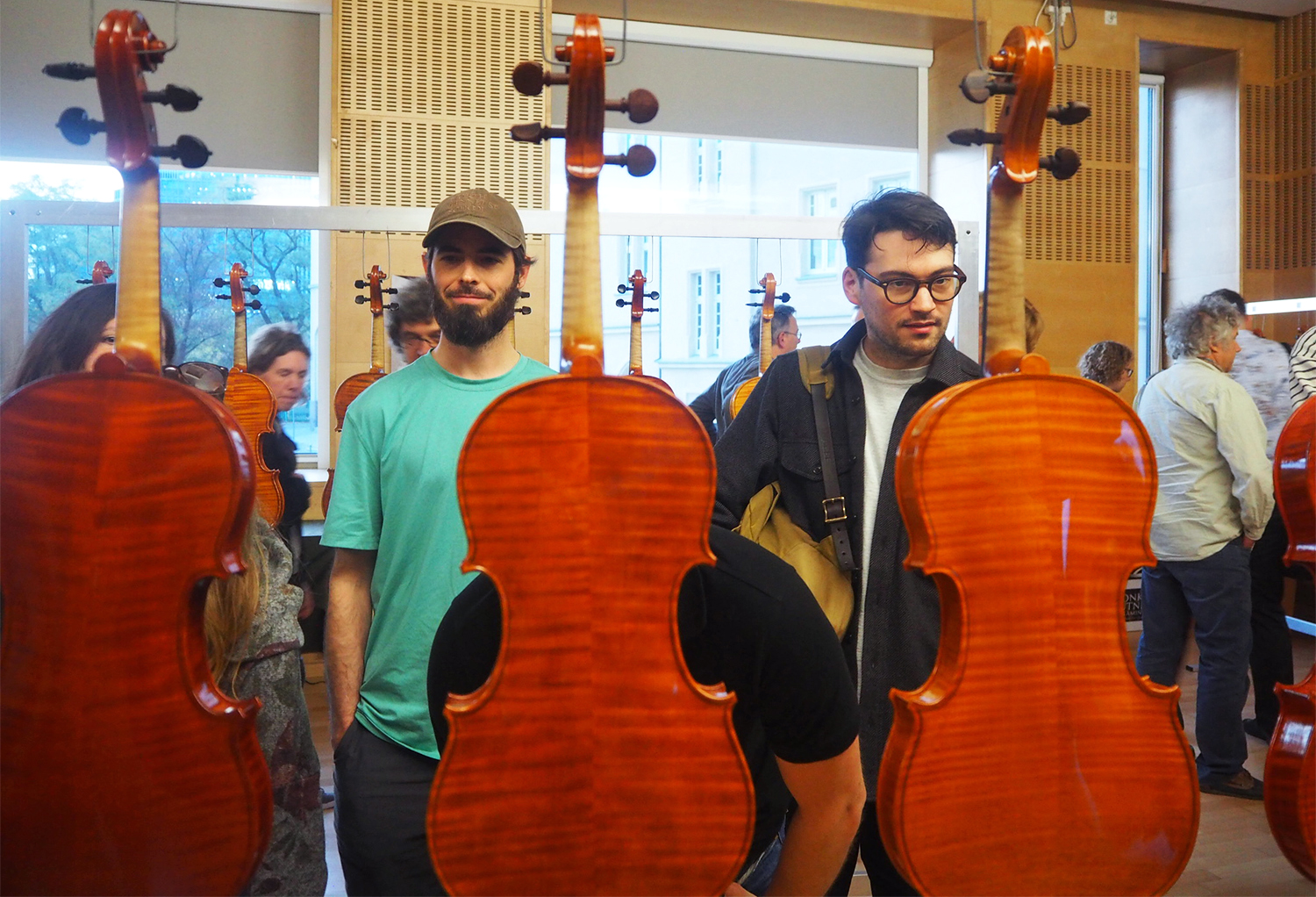 Three current students and one recent alumni made the trip to attend the competition, along with instructor and Department Head Roman Barnas, who is originally from Poland. Veronica Vaillancourt VM ’21, James Devall VM ’21, Nathan Abbe VM ’20, and Seth Colon VM ’17 spent over a week exploring and taking classes, and were there to see awards given to violins made by Nathan Abbe and recent alumni Nathan Keck VM ’19 and Jacob Brillhart VM ’19.

Roman related the details of the exciting—and packed!—trip here.

The purpose of the trip was to educate, familiarize, and inspire the participating students with the international violin making scene through viewing and participation in a competition designed for young violin makers who are still during their course of studies, as well as those who recently graduated from the violin making schools. 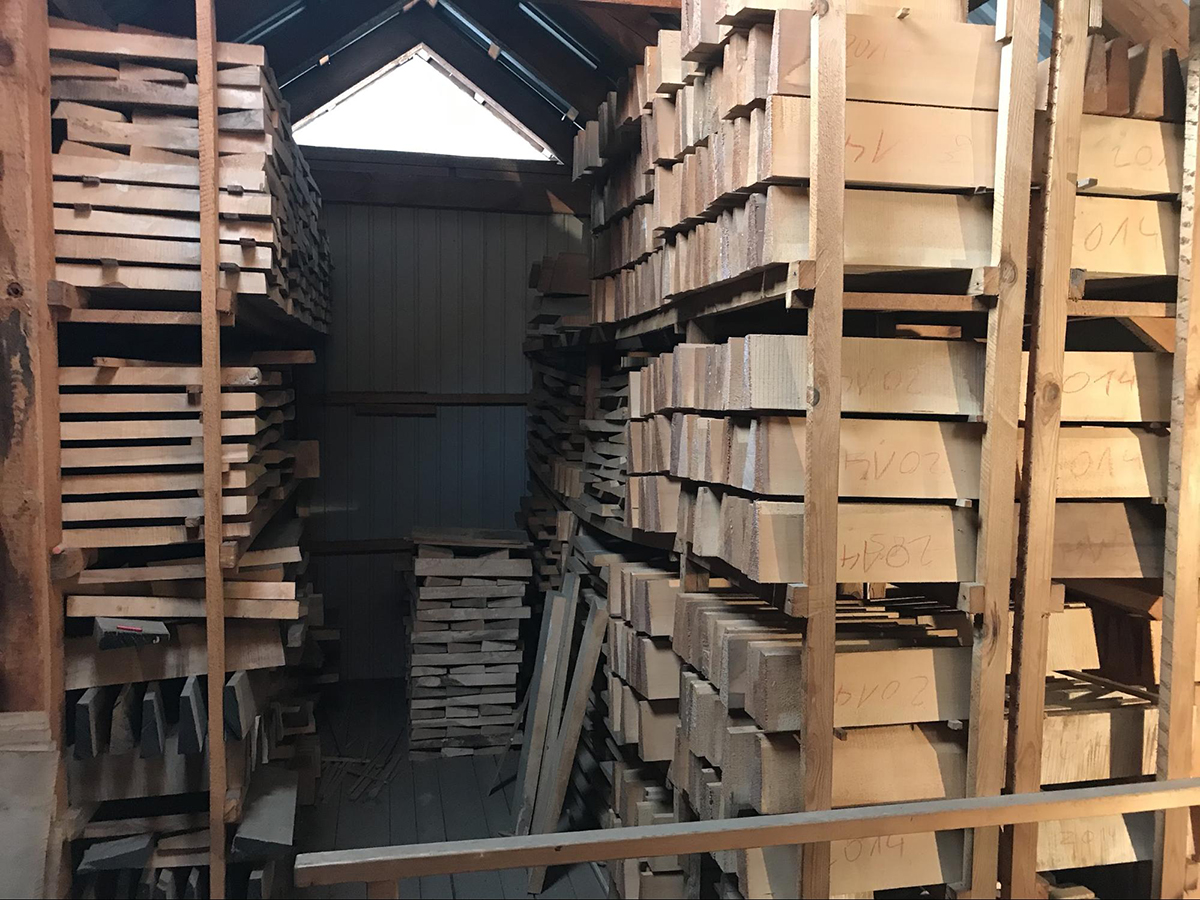 Arrived in Krakow airport. Free time after delivering the instruments and until the official start of the competition.

During the free time students were able to visit a violin making family, the Pawlikowskis in Krakow. They saw their workshop, wood storage in a shape of three story barn filled with tone wood, and their music store in downtown Kraków. The family also has a unique mountain style home with original carvings specific to the Tatra mountain region in Poland.

Free time: Sightseeing and hiking in the Tatra mountains. Watch a slideshow of their hike here. 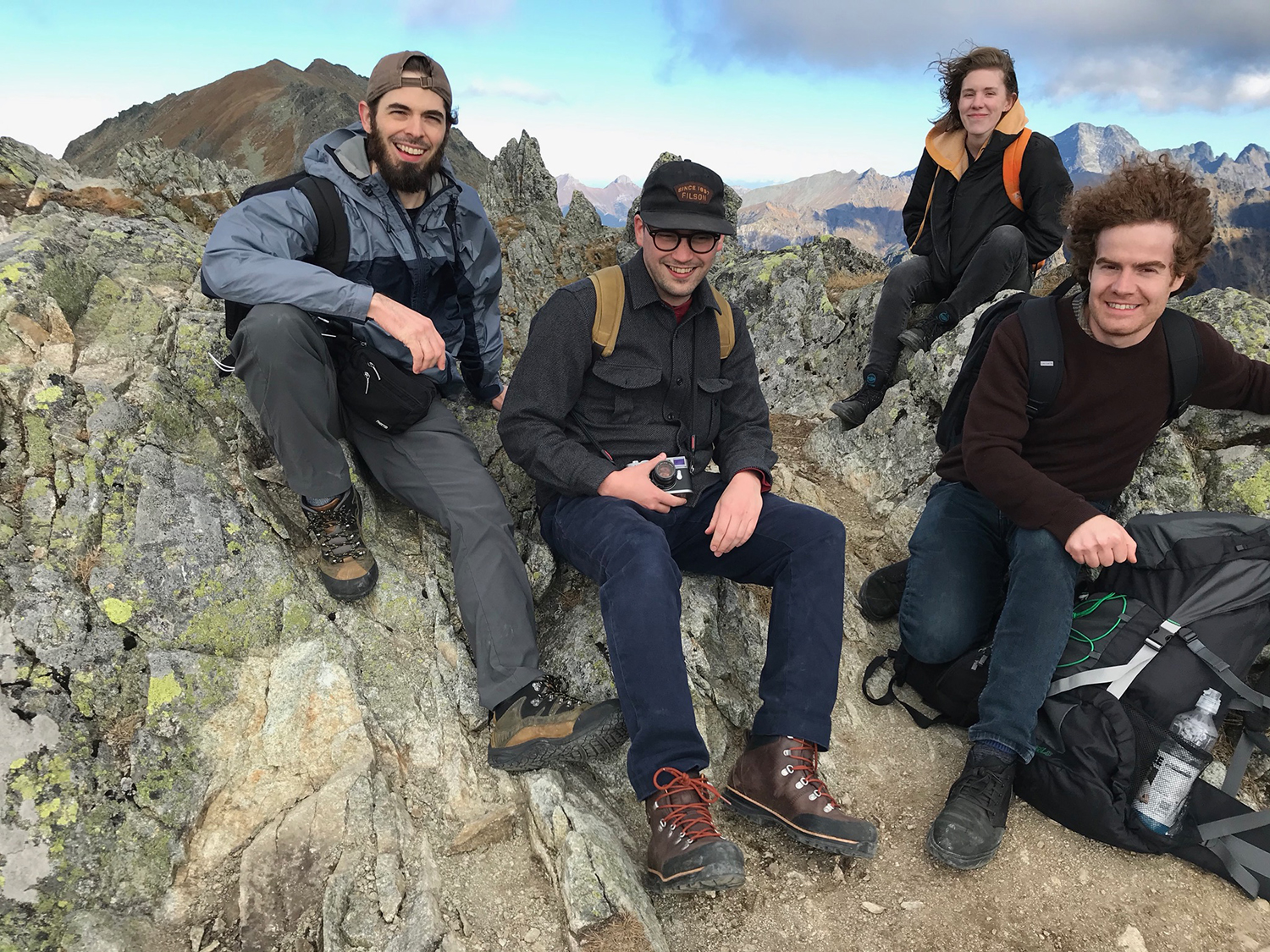 First we visited the 140-years-old Secondary School of Art in Zakopane [Roman’s alma mater]. The school is also known for its violin making program, which was introduced to public education in Zakopane in the early 1920s. We visited the school campus including the violin making classroom and the art class in session. As a graduate of this school, this was my first visit after many years.

Acclaimed violin maker Samuel Zygmuntowicz, invited as a special guest at the Kaminski competition, also had joined us in Zakopane for the tour of the violin making school.

Later we were invited to the home of Stanisław Marduła, the director of the violin making program at the school in Zakopane. Stanisław currently makes an alternative model of the violin with his personal design. Mr. Marduła is the son of Franciszek Marduła, who was a longtime violin making teacher, violin maker, furniture maker, athlete, and also a former coach of the Polish National Ski Team. 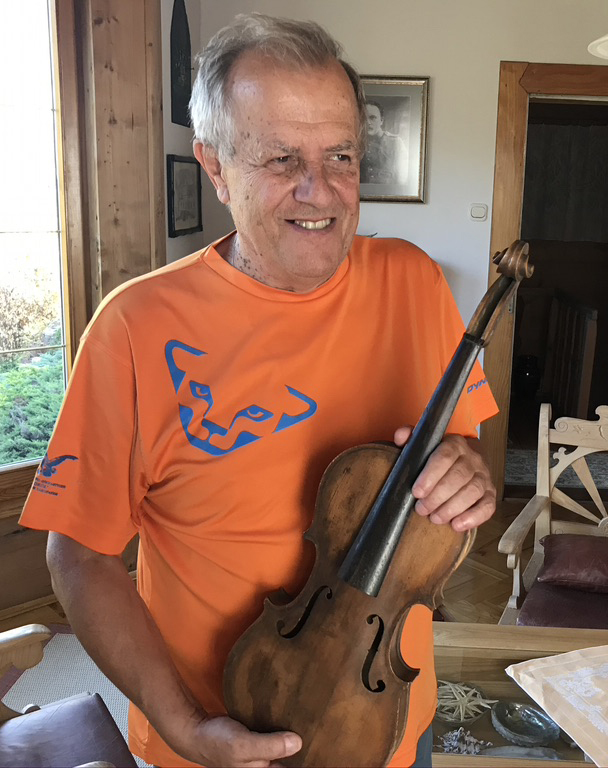 The violin pictured here was made by Franciszek Marduła in secret, while he was a prisoner of war during World War II. This violin has an incredible story.

Franciszek was captured during World War II and spent five years in a prisoner camp. During his imprisonment, he started a violin, doing all the work in secret. His son told us that if discovered, Franciszek would face death penalty for not obeying the camp orders. The top plate of the violin was made out of ten pieces of spruce cut out of the Franciszek’s bedding support in the camp.

The rest of the violin was made with using a piece of tree that had fallen in the camp during a storm, and the prisoners were ordered to clear the area. At some point the head officer of the prisoners camp ordered the prisoners to varnish his furniture, and Franciszek used some of that varnish to finish his violin. The entire violin was made from memory with no patterns or measuring tools. Franciszek used metal pieces reclaimed out of the food packaging cans as tools.

Personally, I was not aware of this story. I was very surprised with the level of love for the craft to be able to risk life for it. The possibility to be discovered had to be very high. Perhaps it was that the process itself helped him to cope with the tragic situation of the prisoners camp. Maybe working on the violin helped him to have something to look forward to, surviving an otherwise hopeless reality. Today we can only question why he did it, but we know that he survived the camp and lived a long life, making his last violin just before age 97.

Back in Poznan, competition activities open to participants and the public with a series of lectures by Samuel Zygmuntowicz. Students also viewed all the instruments in the competition. Later, we visited a violin making class in the Ignacy Paderewski Music Academy in Poznan, where students were encouraged to ask questions and seek answers from Sam Zygmuntowicz.

We visited the Museum of Musical Instruments in Poznan.

Later in the day was the final stage of the competition at the Paderewski Academy of Music: selection of the violins with the highest quality of tone is done in the Music Academy concert hall. A sound test is done so the violin can only be heard—but cannot be seen—by the judges or the public. This is a new concert hall which did not exist during my studies at the Paderewski Academy. The Judges made a last round of inspections, and final decisions were made to select the winners. 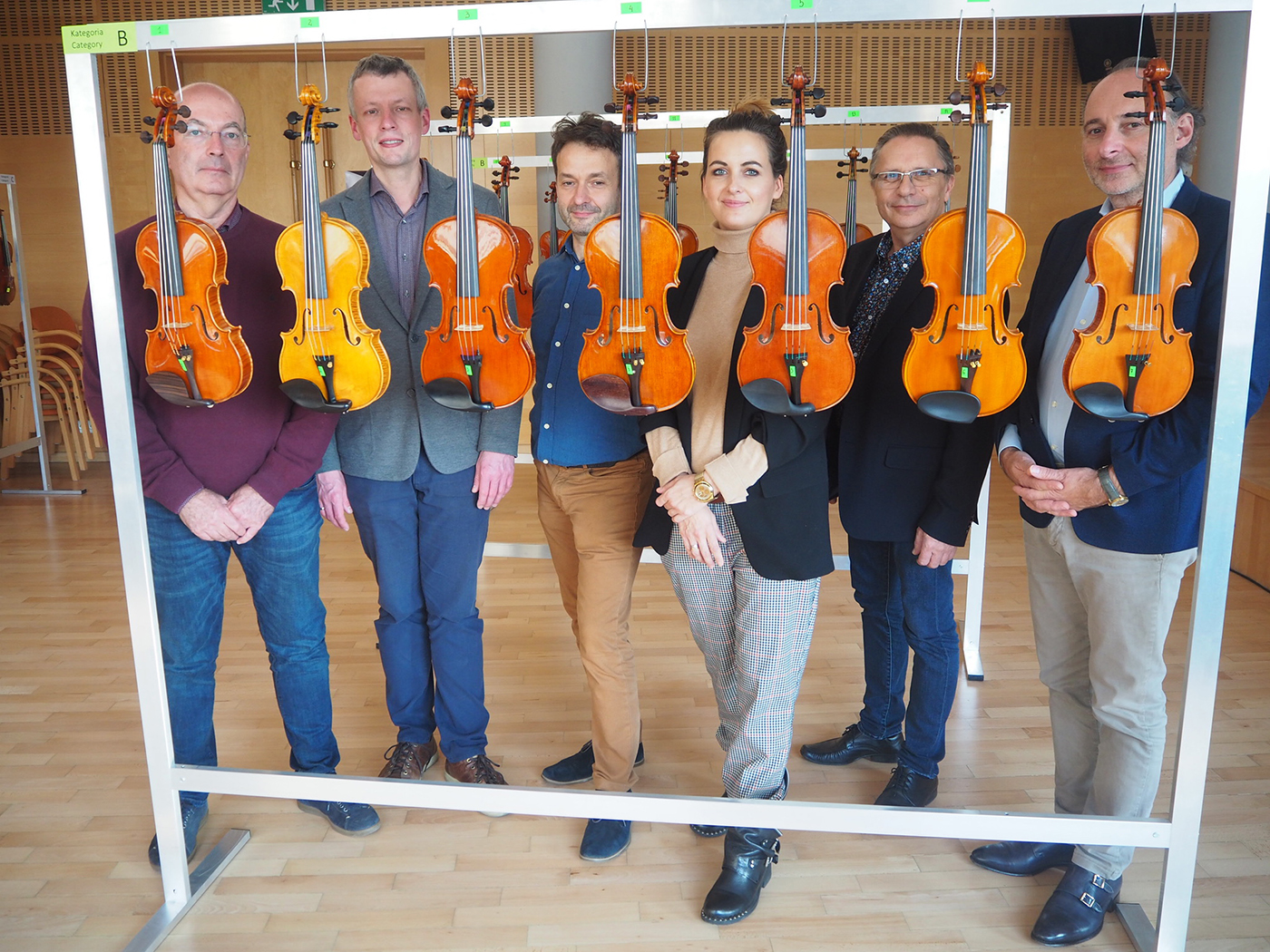 The students participated in violin making seminars and lectures all day.

Saturday evening, the results are in:

Because of the award, Nathan Keck’s violin was played on stage along with two other instruments, the winners of the other two categories. Watch a short video here.

Overall, the experience was very energizing, and I think the trip was a great addition to our students’ learning experience. As an instructor, I very much enjoyed observing our students during the competition; they were very focused and ready to learn. They were also eager to come back to their benches and start making, and have new enthusiasm to create even better instruments. Their violins were also very well received.

Participation in a violin making competition outside of the US gives the makers a more open perspective on different styles, and helps them with their decision making in preparation for the next competitions and challenges. Students were able to recognize the value of work that is done outside of their immediate learning environment. Also, they seem to understand the high level of their current education and the quality of information that they are receiving. Overall, a very successful trip.

In the Making: Nathan Abbe and Cooper Jonas