Born on February 6, 1841, Pauline Agassiz Shaw was a philanthropist, educator, and social reformer who significantly impacted not only our School community, but also the history of Boston and the nation. We’ll celebrate our annual Founder’s Day on February 3, 2022, and invite all those in our extended community to participate in a virtual celebration of Pauline’s life and legacy. 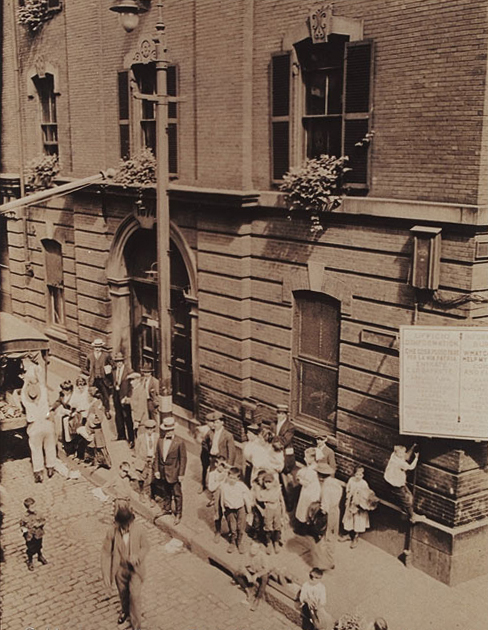 With the Sloyd educational philosophy fully integrated into North Bennet Street Industrial School’s offerings by the close of the 19th century, Pauline Agassiz Shaw’s vision of “an institution for training in industrial occupations persons of all ages” grew quickly.

“A Center for Good Influence”

In the early 1900s, leaders continued to experiment with new programs and services that would meet the changing needs of their North End community. Referring to itself as a “center for good influence” in the neighborhood, a broad range of interrelated activities for children and adults were supported by the School. Pre-vocational training for children expanded upon the Sloyd coursework in woodworking and sewing with classes that included familiar standards such Arithmetic, Geography, and Gymnasium, along with a unique—but presumably necessary—course in Hygiene. Like many other communities in Boston, the School opened a public bathhouse during this period, as well as a library/reading room, which later spun off to be Boston’s North End Library.

According to Rewarding Work: A History of Boston’s North Bennet Street School, all of these activities followed the “familiar NBSIS pattern of detecting an unmet need, trying to meet it through experimentation, continuing the successful elements, and modifying or abandoning the unsuccessful ones.” (Note that this approach, favored by Pauline Agassiz Shaw in the late 19th century, is strikingly similar to lean methodologies “pioneered” by modern-day tech start-ups.)

Of special note, in 1909 the Sloyd School for training teachers of the manual arts had proven so successful that the enterprise moved from the top floor of 39 North Bennet Street into its own facility. It continued to educate hundreds of instructors over the next decade, helping to spread the philosophy both around the region and nationwide. Today, the descendents of the School’s American-styled Sloyd programs can be found in elementary and secondary schools throughout New England and as far away as Minnesota. Read more about Sloyd Training on Part II of our Founder’s Day series here. 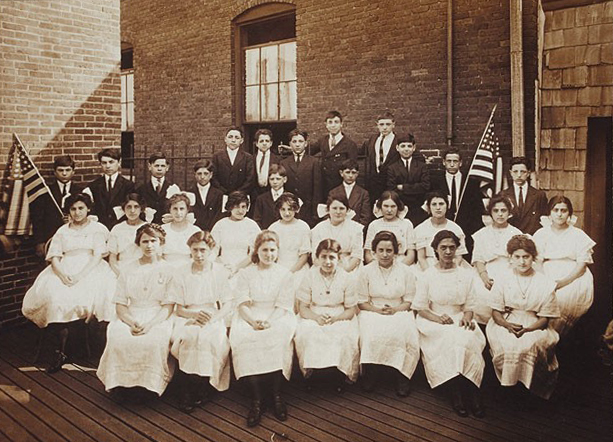 Things to Do In Boston, Socializing circa 1915

In addition to formal programs, a range of recreational activities also made their appearance at NBSSIS in the first decades of the 20th century. Dances, parties, clubs, and field trips—up to 75 each year—provided wholesome entertainment for the neighborhood, while also offering opportunities to socialize with peers and broaden one’s interests. Some of these included:

Membership in 27 recorded clubs ranged from six individuals to over 125 by 1915. In addition to these NBSIS-sponsored efforts, the School also established partnerships with and provided space for other local groups, some of which operated for decades in the City. The Animal Rescue League, Legal Aid Bureau, North End Union, and West End House are just a few of many such groups.

A significant moment in the School’s history occurred in 1917 with the death of visionary founder Pauline Agassiz Shaw. Though the School stabilized with new patronage and leadership, the event was a blow to the community psyche. Services on Easter Sunday were held in Faneuil Hall and attended by hundreds, including the Commonwealth’s governor and representatives from the many service-oriented initiatives Pauline funded, launched, and managed in her life. View a program from the funeral.

Despite the loss of their most significant benefactor, the School continued to grow. From serving an estimated 800-1,000 local residents annually in the 1890’s, by the 1910’s this had ballooned to over 1,500. By 1930, the School would reach nearly 3,200 individuals—roughly 10% of the entire North End population, a monumental feat unsurpassed by other schools and service organizations in Boston.

Notably, this time period also brought about new NBSIS programs, from 80 in 1910 to over 140 in 1930. Citizenship classes launched by the School met the urgent needs of newly arrived immigrants, helping them adjust to civic life in America. The U.S. Veterans Bureau was established in 1921, and NBSIS was the first school in New England to offer training programs specifically for former service members. The Monotype Operation and Watch Making & Repair programs were launched specifically for veterans, and the Bureau provided $25 a month per student in subsidies. Today, the School continues to train a significant number of veterans, with nearly 20% of the student body having served in the U.S. armed forces.

In just five decades, what was a small initiative aimed at helping a few had grown to a remarkable institution that served thousands each year—by one estimate, over 40,000 individuals since its founding. Though seemingly disparate efforts, the manual training, neighborhood services, community spaces, social clubs, and other engagements were “one enterprise with multiple dimensions, each contributing to the overall mental, physical, and financial health of a diverse, and growing, community.

Even more from the School would arrive in the decades to follow. Stay tuned.

This article is part of our Founder’s Day series. Learn more about the origins of North Bennet Street School through these great stories:

Editor’s Note: An outsize portion of this biography was gleaned from Rewarding Work: A History of Boston’s North Bennet Street School. The biography above provides just a glimpse into the life of Pauline Agassiz Shaw, with much more detail, context, and nuance to be found in the hardbound, illustrated volume. Many thanks to the authors for their rigorous study and insight.