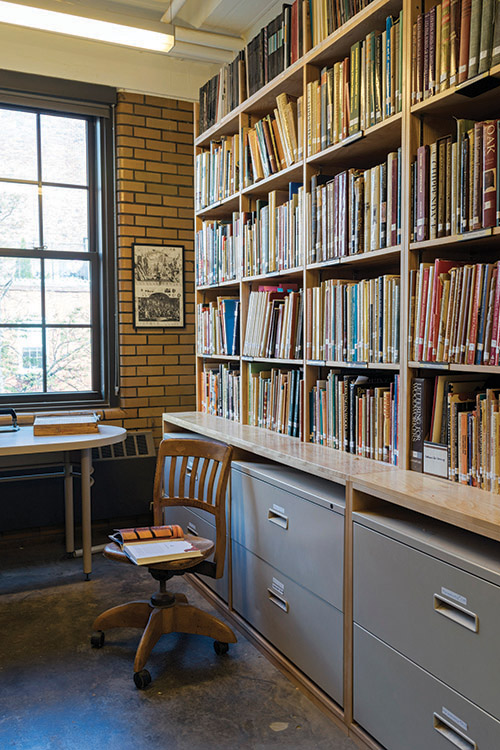 I had the opportunity recently to read a book by David Shi called The Simple Life: Plain Living and High Thinking in American Culture. It is a scholarly survey of the history of this country which proposes that the ideal of living a simple and meaningful life is an underlying, enduring theme in American culture.

Shi’s narrative starts with the arrival of the first waves of immigrants to this country, the Puritans in 1620 and the Quakers in 1680, who came to start a new life for themselves in Plymouth Colony and Pennsylvania.

Both groups fled England intending to found a society that reflected their values, where material pursuits were subordinate to ethical and moral ideals. In 1630 John Winthrop described his vision to establish a “city upon a hill:” a community which would serve as a beacon of plain living and virtue for all to emulate. William Penn’s goals for Pennsylvania were similar, to found a Society of Friends based on self-reliance, honest work, social justice, and a rejection of needless luxury. Unfortunately, both visions proved too challenging for the colonists, as the economic opportunity provided by the New World created a wealthy citizenry that would reject those lofty constraints.

But Shi demonstrates that while one era may reject the ideal of plain living and high thinking, subsequent ones always emerge to make the movement their own. He traces this recurring American belief in the value of an intentional life through three centuries in the writings of generations of well-known practitioners and proponents, among them Thomas Jefferson, Henry David Thoreau, Jane Addams, Scott and Helen Nearing, and Jimmy Carter. Shi describes the transcendentalists in the 1830s, the Arts and Crafts movement in the 1880s, the founding of the Boy Scout movement in 1910, and in our era the counterculture movement of the 1960s. Each time, the call to lead a simple and meaningful life is ultimately overwhelmed by the pursuit of another enduring theme in our culture, the American Dream of wealth and prosperity.

I like to think of the founding of this country as the founding of an intentional community by people who aspired to plain living and high thinking, and I believe that North Bennet Street School is an enduring reflection of that idealism.

While plain living and high thinking may be unattainable for a society, it remains an enduring aspiration and the underlying ethos of NBSS. Our students demonstrate their commitment to essential human values like service, perseverance, and self-reliance. They possess a high degree of respect for technical accomplishment, and they value the rewards of honest work. They have increasingly made these choices in the face of a society that seems to have other priorities, and in the face of financial realities that would have deterred most of us.

You support their choices with your support for North Bennet Street School. Learn how NBSS is helping students offset the cost of their education with the Lives and Livelihoods campaign.

This essay was written by NBSS President Miguel Gómez-Ibáñez and published in the Summer 2017 issue of the School’s magazine Benchmarks. Read more issues of Benchmarks.