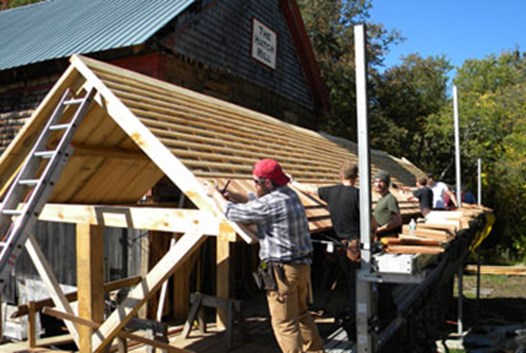 Built in 1753, Hatch Mill in Marshfield, Massachusetts is the last remaining water-powered up-and-down sawmill on the North River and one of the last in the United States.

The mill was used through the 1960s but the last four decades have taken a toll on the historic structure.

In 2004 the Hatch Mill Restoration and Preservation Group was formed. NBSS Preservation Carpentry students have played a vital role in the reconstruction of the timber frame mill.

In September – October 2014, the students put the restored structure back together. This time-lapse video of the reconstruction was created by preservation carpentry student Emily Ostroff.