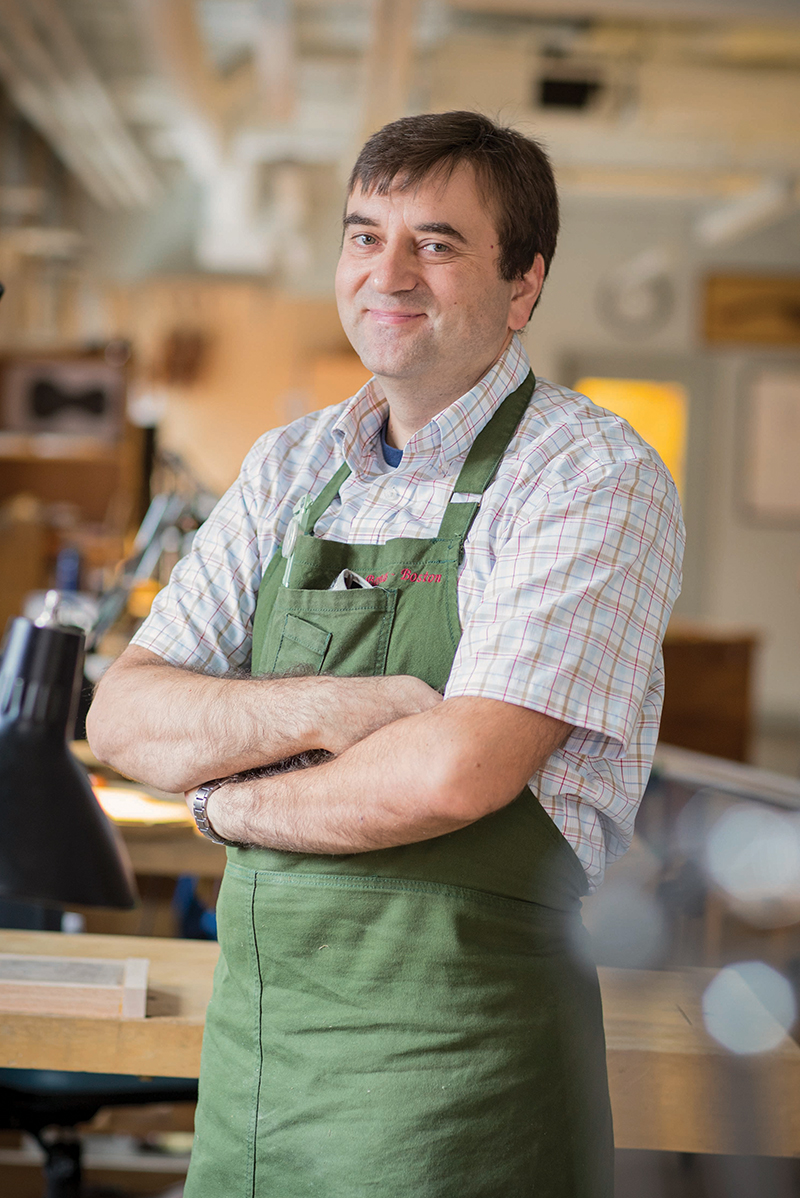 North Bennet Street School has had a cutting-edge program in Violin Making & Repair (VM) for 32 years, but the room’s new tool-sharpening station—made possible by a gift from the Cricket Foundation—has brought fresh meaning to that phrase.

Working with violins requires meticulous handiwork to shape the instrument’s distinctive scroll and hourglass body. One mistake with a chisel or finger plane can undo weeks of work. And the best way to make sure those tools do exactly what their users intend is to make them as sharp as possible. VM students thus spend quite a bit of time at the sharpening station working on their tools with stones, diamond plates, and water.

Ten years ago, in the School’s original building, the sharpening station could accommodate only one student. It didn’t have a water source either, so students had to lug water to and from a nearby bathroom. The station in the new building eventually had a Formica top and a closer sink, and could accommodate two students, but then the Formica began delaminating from repeated wettings. “It was barely usable after a year,” says VM Department Head Roman Barnas.

“It was open and dusty and just looked cluttered, and it didn’t have a smooth surface—you need that if you’re sharpening to a fraction of a millimeter,” says Melissa Gallin, Director of Institutional Support at NBSS.

“There’s no other sharpening station like this anywhere in the world.”

Roman came up with an idea for a custom sharpening station that was eventually designed by none other than President Miguel Gómez-Ibáñez CF ’99, who was an architect for 26 years before attending NBSS. Thanks to a grant from the Cricket Foundation, the station became a reality last year and is now in its second full year of use. The new station can be used by six students at a time. It was built with extremely durable, easy-to-clean laboratory-grade bench material and equipped with three small sinks as well as individual lights and drawers for storage. 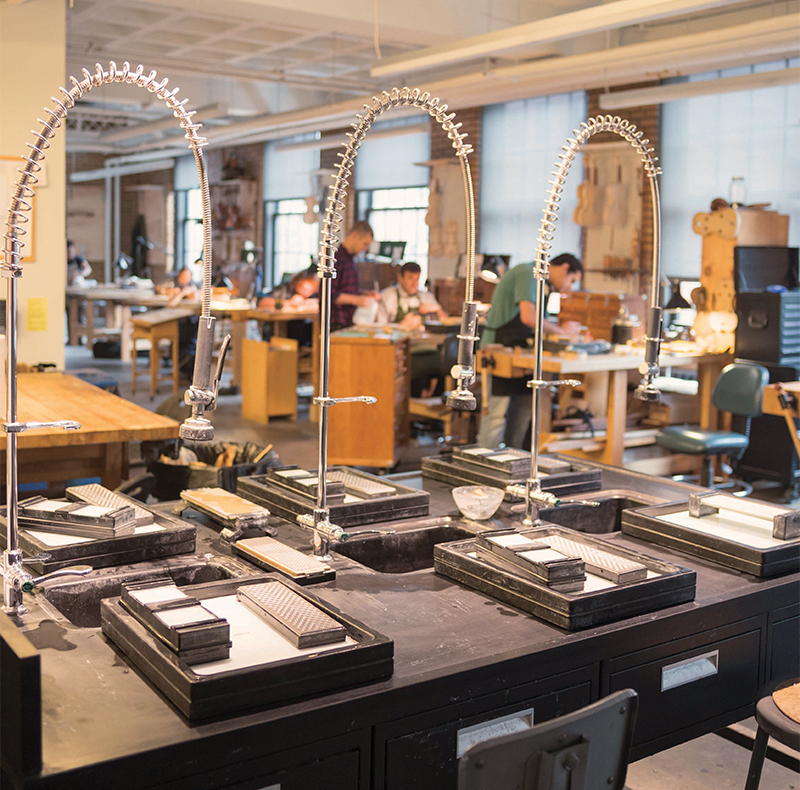 “Now it’s a very pleasant experience,” says Roman. “It’s a nice social kind of place. Everyone congregates around and talks about their work, exchanging ideas and opinions.”

This is not the first NBSS improvement funded by Cricket, which previously awarded grants to the Piano Technology program in 2013 for computer and electronic equipment, and to the Violin program in 2008 for new benches and tool shelving. A plaque commemorating the Foundation’s generosity notes that its original Trustee, A. Joshua Sherman, was also a violinist.

Melissa gave a tour of the renovated station to Cricket Trustee Michael Mikowski. “When we took him through, he was quite moved by it,” she says. “Between his response and that of the appreciative VM students, I’ve never seen so much excitement over a sharpening station.”

“There’s no other sharpening station like this anywhere in the world,” says a proud Roman.