Topping Out, A Builder’s Ritual 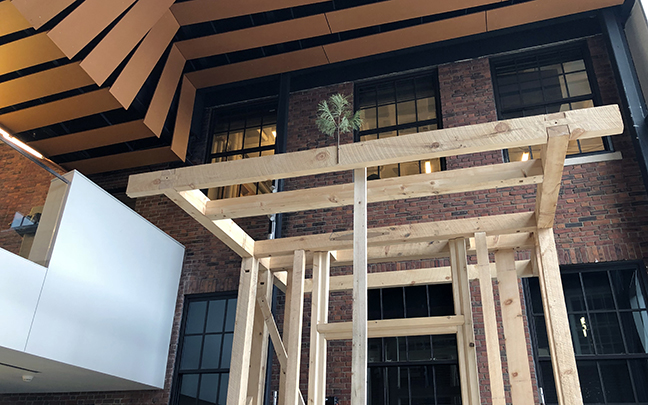 Have you ever noticed a team craning up a Christmas tree to place on top of a nearly-finished building? Perhaps you’ve driven under a recently refurbished bridge and spied a large wreath at the top of its massive arch. In each case, this practice is part of a long history of builder’s rituals dating back thousands of years.

The practice of placing a tree or other natural adornment atop the highest point of a finished structure or “topping out” is most often credited to the Scandinavians in early 700 BC. Back then, Europe was thick with deep forests providing a broad range of resources to its inhabitants. The people subsisting off the forest held religious reverence for the trees. Specifically, Scandinavian mythology asserted that humans were descended from trees, that our essence returned to the trees after we died, and souls of the dead resided in each tree. Additionally, according to Norse mythology, humans were created by Odin from natural materials that already existed, i.e. wood, bark, leaves and trees.

Throughout Europe, this reverence for “tree-men” was expressed later on through the ceremonious placing of a felled tree on top of a finished home to elicit blessings from the gods and bring fertility and longevity to the people who lived there. A writer for The Ironworker explained “the gesture was supposed to convince the tree spirit of the sincere appreciation of those building the home.”

European immigrants brought this practice to the United States, where farmers and builders would “top out” their barns, town halls, and churches with a tree or wooden sculpture. It is said that the tradition of topping out today is mostly carried on by iron workers, since they’re often the first group of workers at the top of a structure and usually place a painted steel rod to mark the apex.

The act of placing symbolic markers throughout building structures dates back even further than any version of a topping out practice—and at times were more novel than placing an evergreen tree or painted steel rod at the top of a structure. For example, ancient builders sometimes placed coins and other personal items on the underside of bricks or inside walls for good luck. 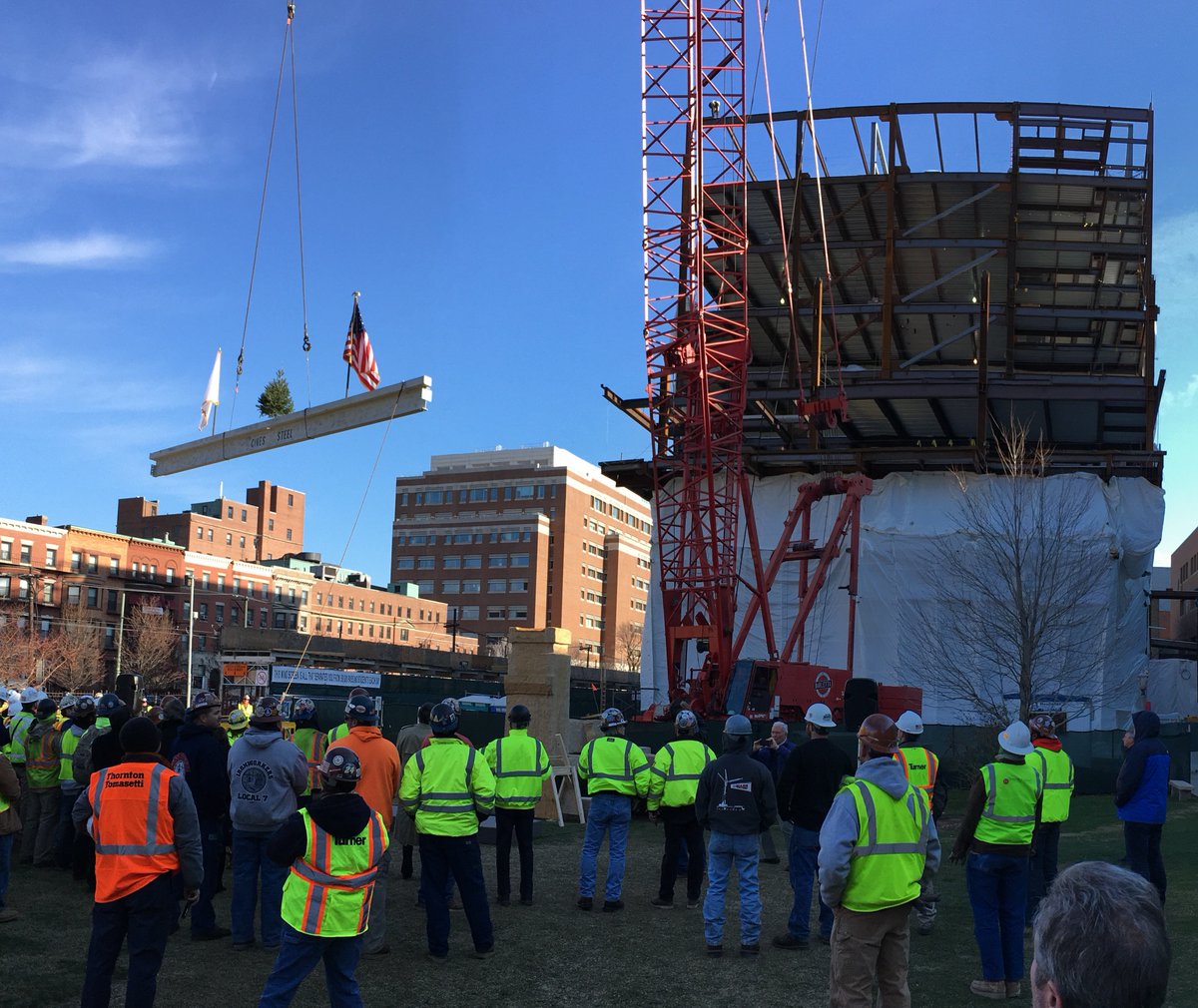 Today, the topping out ritual continues in many different ways, and is usually followed by a celebration. An especially interesting take on the tradition happened right here in Boston, at the Marriott Copley Place Hotel. Near the building’s completion in early 1984, the New York Times reported that “the company raised a mahogany conference table to the roof, bolted it down to stop the wind from taking it and brought up the board of directors…that planned a convention in the hotel after its completion. The directors wore hardhats for their rooftop meeting.”

It’s safe to say that the average construction worker in downtown Boston is not deeply invested in Norse mythology, nor is concerned with the potential souls residing inside the wood on their job site. However, it seems the practice of topping out a structure persists for two reasons. First off, it’s a practical gesture. An ironworker places a painted rod atop a structure to literally let others know that this is where the work ends. Though the job isn’t complete at that point, it’s a helpful marker of progress.

Second, topping out functions as a spiritual gesture. During the day-to-day grind of doing intense manual labor on any job site, taking a moment to stop and appreciate the work is valuable. In addition, it’s a normal human compulsion to mark what we’ve done and where we’ve been. As John V. Robinson wrote in Western Folklore, “[T]he impulse to commemorate the achievement is similar to that of mountain climbers — or astronauts landing on the moon for that matter.”

Whether it’s a Christmas tree atop a skyscraper, or a small wreath at the peak of a barn, topping out a structure is a symbolic exhale for a builder. The adornment and occasional topping out party signals the end, and lets everyone know the job is complete. North Bennet Street School students—in both the Carpentry and Preservation Carpentry programs—continue to honor this tradition, thereby ensuring the practice will continue for generations to come.