Why Skilled Trades Are on the Rise 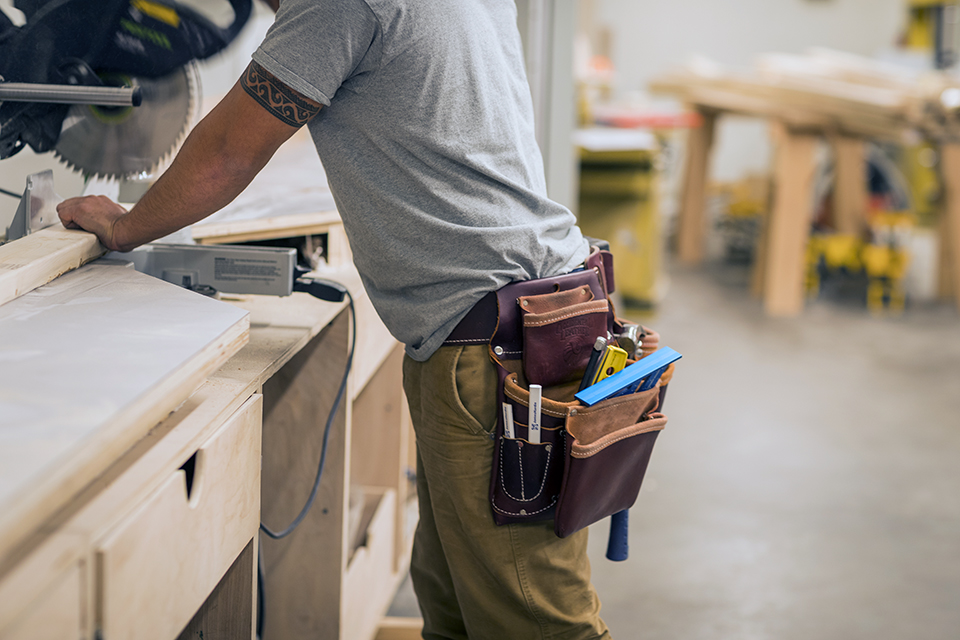 A New Generation of Craftsmen: Why Skilled Trades Are on the Rise

In a world of digital technology and prefabricated objects, traditional trades are often overlooked. Unfortunately, much of the modern world has forgotten how much detailed work and raw talent it takes to create even the most basic of handcrafted items. But there’s a resurgence on the horizon. Perhaps due to a need for stability in an ever-changing economic and social climate, or perhaps due to a widespread nostalgia for a simpler way of life—interest in traditional craftsmanship and vocational trades is growing.

What Are Skilled Trades?

Our country was built by the hands of tradesmen and artisans, from knowledge that was passed on through hundreds of generations. In the times of ancient Egypt, Greece, and Rome, having the title of a craft worker was an honor. Children began learning hand skills at a young age depending on the family’s trade. Apprenticeships often started around the age of 14, and from there, one would go on to become a journeyman. After nearly a lifetime of painstaking work, and upon acceptance to a guild, one would finally earn the title of a master craftsman. To this day, surnames like Carpenter, Smith, and Mason still echo the importance of traditional trades throughout history.

As time went on, new trades arose, and machinery gave us the ability to craft pieces of impeccable quality. Today, fine trades like jewelry making and finish carpentry harmonize traditional hand skills with modern technology. Craftsmanship is not just a necessity, but an art.

It’s easy for people to disregard the importance of traditional craftsmanship. We tend to be too focused on mastery of the digital universe these days, clamoring for faster computers and more reliable cellular networks. Even necessary skills that help fulfill our basic needs, like carpentry, get overlooked and taken for granted. The truth is, we wouldn’t be here if it weren’t for the handiwork of generations past. Recently, we received an enlightening email from a father whose 12-year-old son wanted to work with his hands:

“My son’s teacher had all the children in the class tell all the other students what they wanted to be when they got older. When it was my son’s turn, he said that he wanted to be a carpenter! But he then said, ‘Dad…they all laughed at me…’

I went on to ask my son what these other children lived in? I told him someone had to build the houses they were living in, right? He felt much better after I explained things to him. I was so proud of him for saying that he wanted to be a carpenter! What a moment it was.”

At NBSS, we teach students the time-honored skills and techniques of traditional trades and fine craftsmanship. Like the example of the father above, we believe it’s never too early to start teaching kids the patience, determination, and passion for working with their hands. For that matter, we also have retirees and career changers in all of our full-time programs… So, it’s also never too late to get started on a career you love.

Why Get an Education in Craftsmanship?

Thankfully, the desire to learn traditional hand skills still burns within many of us. Whether because of modern technology or in spite of it, we’re seeing a renewed interest in craftsmanship. The need for skilled tradesmen isn’t going away anytime soon. In fact, interest in vocational trades is receiving greater attention than ever in recent years. There are several reasons for this:

Technology may move us forward, but our history will always be rooted in the foundations our forefathers built, literally and figuratively. The best trade schools offer an education in invaluable skills and technical knowledge that can be passed onto future generations. Whether you, your parent, or your child wants to learn a traditional trade, it’s never too early or too late to start. Simply contact us if you’re interested in learning more about a hands-on education in craftsmanship.