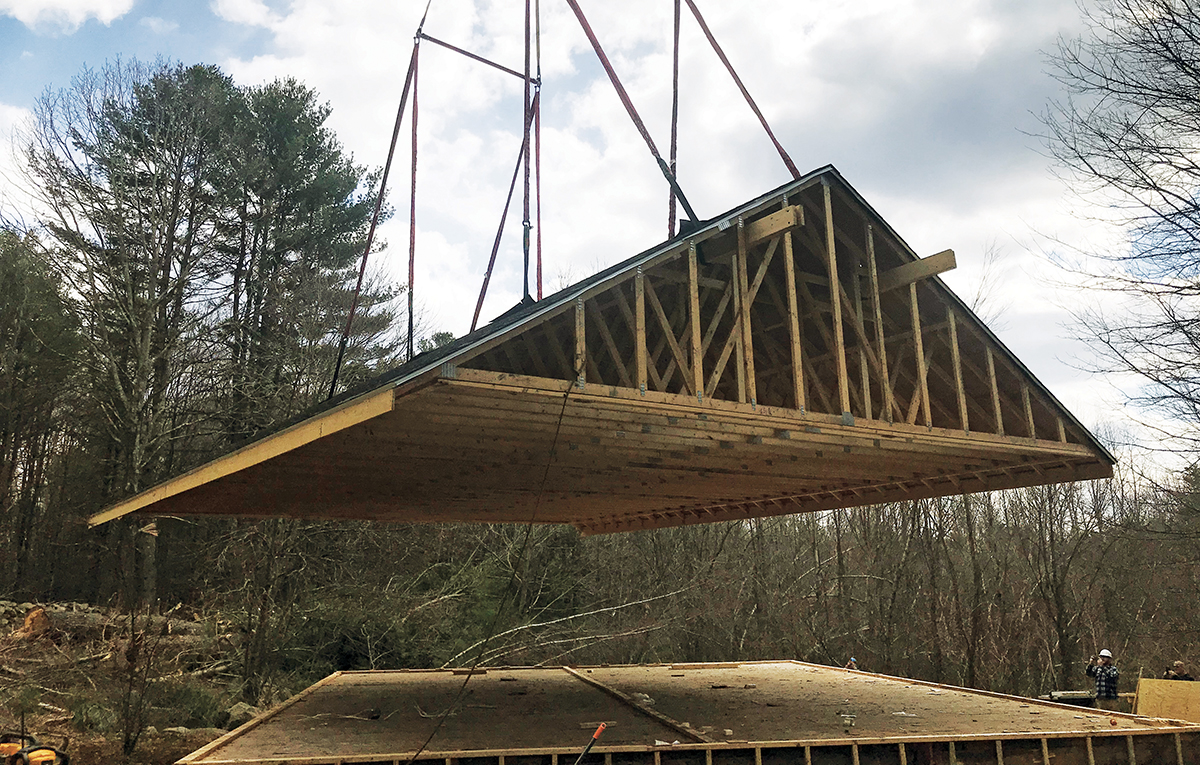 When someone says it’s time to raise the roof, it usually signals a celebration. But when a client asked Carpentry Department Head Brian Vogt PC ’94 to raise the roof on a structure earlier this year, he knew any plans for party music would have to wait.

“The call I got involved a barn in Upton, Massachusetts. It was a simple building with a foundation and a roof, but no walls. The initial plan was that we would demo the existing roof, build new walls, and frame a new roof on the existing foundation,” says Brian.

Property owner Sherry Berger had another idea. “There had been a two-story barn there, but when I bought the property it was just as I described to Brian. The roof looked new and when we opened one end of it, we could see brand-new trusses. Because of the way it was built, we knew it could be lifted with a crane,” recalls Sherry. In consultation with Brian and another contractor, she decided to go with the crane option, which ultimately cost less than replacing the roof.

Sherry—a restaurateur who, along with husband Russ, operates the Red Rock Grill & Bar in Upton—learned about carpentry and construction from her late father. She came to know of NBSS from her nephew, Matt Frechette CA ’16, now a student in the Cabinet & Furniture Making program.

“My dad, and Matt’s grandfather, was a hobby farmer who built a lot of barns, and just about every structure we ever lived in. I was the youngest of five daughters and I learned a lot by watching my dad work. And when it came time for this project, Matt recommended I contact NBSS,” says Sherry. She did just that, submitting a Carpentry Project form, which was approved.

When we do projects at the School, it’s a controlled environment where the number of curve balls, or softballs, thrown is at my discretion. Off site work means you have less control, and you’ve got to be much more reactive when it comes to surprises that inevitably happen. It keeps you on your toes.

“This was one of two 2018 residential projects. And while I was initially skeptical because it didn’t involve roof framing, I recognized that this project was very atypical and had some special elements that the class could learn from,” says Brian. 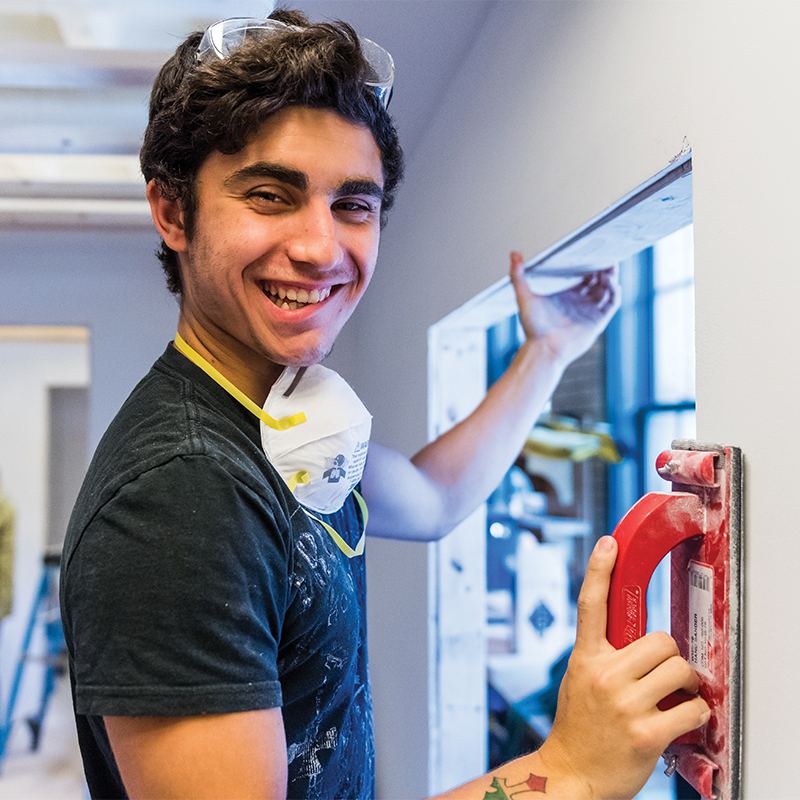 With the decision made, Brian and Carpentry Instructor Geoffrey Shaw PC ’94 headed with the Class of 2018 to central Massachusetts to prefabricate the walls and get other tasks underway. A crane was brought on site and over just 24 hours the roof was lifted, walls were installed, and the roof lowered into place and secured. All in, the project took just 30 days from start to finish.

Brian is very familiar with both the benefits and the challenges of work completed outside the classroom. “When we do projects at the School, it’s a controlled environment where the number of curve balls, or softballs, thrown is at my discretion. Off site work means you have less control, and you’ve got to be much more reactive when it comes to surprises that inevitably happen. It keeps you on your toes,” says Brian.

Since this particular project was done in early April, keeping those toes from getting cold probably involved some warm socks. “The students are dying to work on an actual jobsite until they get out there and it’s windy and rainy, and their fingers are cold. Then it’s a different story,” says Brian with a knowing laugh.

A success story in this case, if you ask Sherry. “It was a great outcome. Everything worked out beautifully because of North Bennet Street School,” says the pleased property owner. “We have a wonderful new hay barn for our horses.”